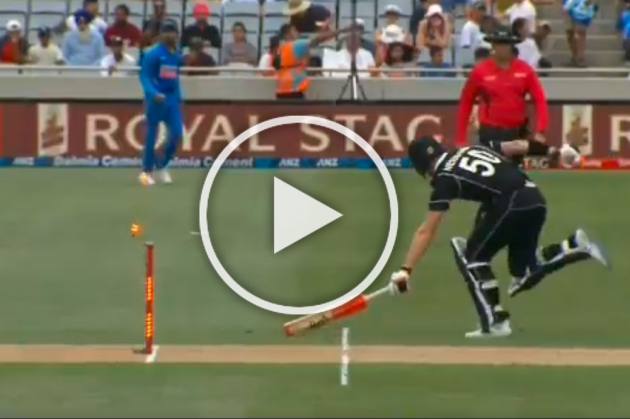 Ravindra Jadeja is one of the best fielders in the world and on Saturday, the India all-rounder produced yet another display to prove his worth as a fielder during the second ODI match against New Zealand at Eden Park, Auckland. (More Cricket News)

In the must-win game for India, captain Virat Kohli won the toss and opted to bowl first. But Kiwi openers Martin Guptill and Henry Nicholls laid a solid foundation for the hosts with a 93-run stand, then Indian bowlers kept taking wickets.

In the 35th over, bowled by Navdeep Saini, Ross Taylor played the second ball to backward point, and Jimmy Neesham called for a quick single. Jadeja collected the ball cleanly and hit the target at the striker's end to send Neesham back with a direct hit.

Taylor remained unbeaten on 73 off 74 to help the Kiwis post a fighting total of 278/8. For India, Yuzvendra Chahal was the top wicket-taker with three scalps.