Just two days before the US Open gets under way, Novak Djokovic showed why he is the favourite to win an 18th major title 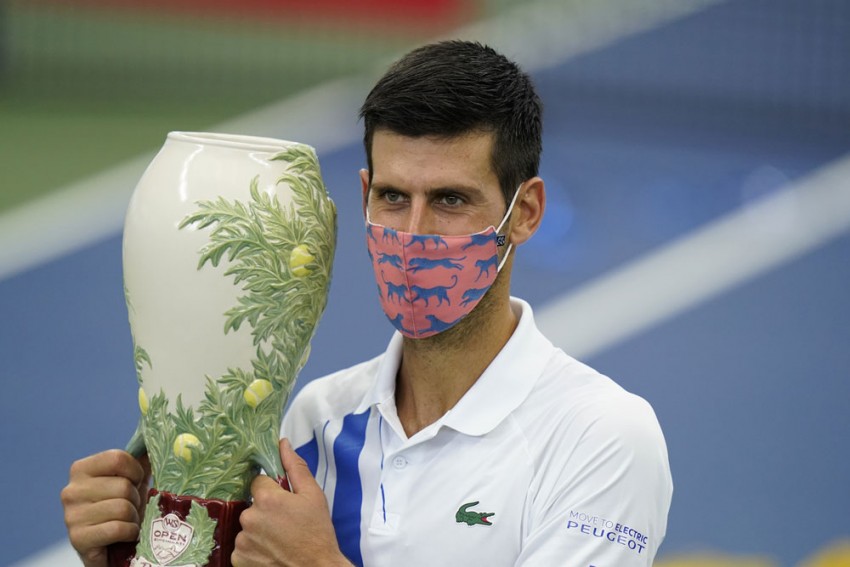 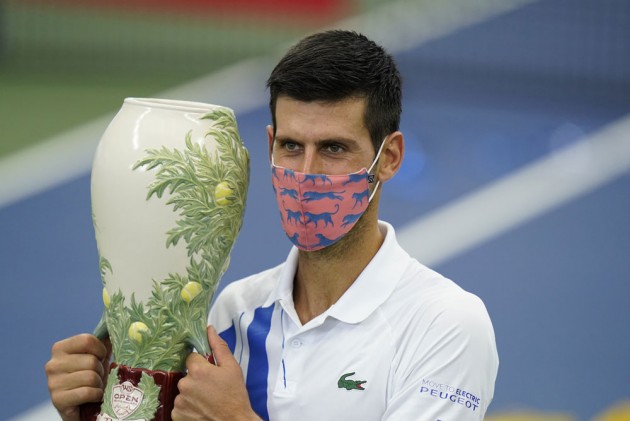 Novak Djokovic fought back from a set down to beat Milos Raonic in the Western & Southern Open final and claim a record-equalling 35th ATP Masters 1000 title. (More Tennis News)

World number one Djokovic hit back from a set down to complete a second Career Golden Masters with a 1-6 6-3 6-4 victory at Flushing Meadows.

The 17-time grand slam champion moved level with Rafael Nadal's tally of Masters 1000 titles just two days before the start of the US Open, which he will start as a strong favourite to win.

Djokovic, who also rallied from a break down in the final set, became the first player to claim every Masters 1000 titles in Cincinnati two years ago and has now won all nine at least twice.

The 33-year-old's triumph, in the first ATP Tour event since the season was suspended in March due to the coronavirus pandemic, came amid reports he will resign from the presidency of the ATP players' council and help form the Professional Tennis Players Association.

Nadal and Roger Federer, who are not playing in the US Open, made a social media call unity in response to talk of a breakaway union while Djokovic was on court in a final that he won in just over two hours.

Djokovic - who was troubled by a neck injury during a semi-final win over Roberto Bautista Agut - saved a break point to prevent himself from going 2-0 down, but Raonic took a 3-1 lead after two double faults in a poor second service game from the Serb.

Raonic played with great confidence and wrapped up the opening set in a shade over an hour following a second break, secured when he pounced on a weak second serve from the favourite.

The top seed looked more like his usual self in the second set and took the initiative by establishing a 4-2 with lead a rasping backhand on his first break point of the match, going on to level matters.

Two errant forehands from Djokovic under pressure gave the unseeded Raonic a 2-0 lead in the decider, but he was broken to love in the next game.

Djokovic showed great speed around the court after a sluggish start and broke to lead 3-2 following a searing cross-court forehand winner from way beyond the baseline, which he celebrated with a fist pump.

Raonic, who has had such bad luck with injuries, forced a break point when Djokovic was serving for the match, but he was beaten after drilling a forehand long.