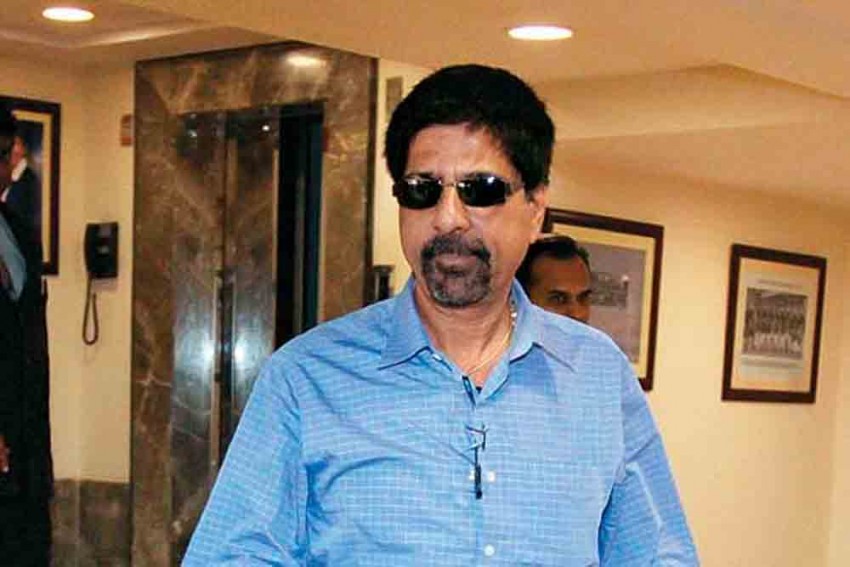 Kris Srikkanth, who was an integral part of the 1983 World Cup winning team, said captain Kapil Dev's self-belief also rubbed on other players and that was one of the reasons for the historic triumph.
File Photo
May 26, 2019 00:00 IST Never Thought Of Winning 1983 Cricket World Cup When We Left India: Krishnamachari Srikkanth 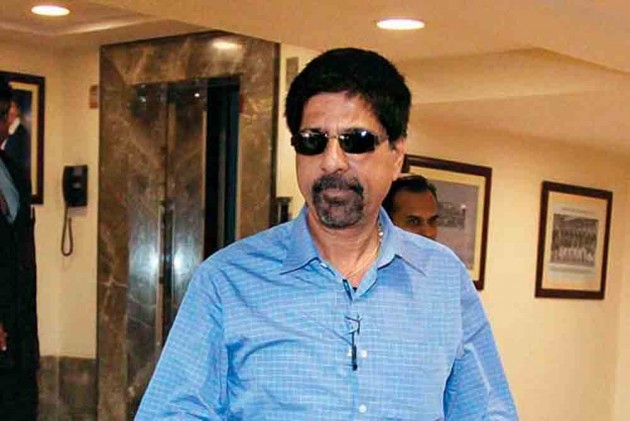 Former captain Krishnamachari Srikkanth says India never thought of winning the 1983 World Cup and that's why his flight was booked from Bombay to New York with just a stopover in London.

Srikkanth, who was an integral part of the 1983 World Cup winning team, said captain Kapil Dev's self-belief also rubbed on other players and that was one of the reasons for the historic triumph.

India beat the mighty West Indies in the final at the Lord's to win their maiden World Cup in 1983.

"When we left the shores of India in 1983 we never expected to be world champions. In fact, my flight was from Bombay to New York with just a stopover in London for the ICC Men's Cricket World Cup," Srikkanth was quoted as saying by the ICC media.

"That was because in the first two World Cups the only team we had beaten was East Africa, we even lost to Sri Lanka who were not yet a Test team."

The former dashing opener said captain Kapil made the difference in the World Cup with his self-belief which was not there before.

"We thought he was crazy but his self-belief got us thinking maybe it was true. We went out and beat them quite comfortably and suddenly thought to ourselves, we can do this," he said.

Kapil played a monumental innings of 175 not out against Zimbabwe, which till date is fresh in the memory of Indian cricket fans.

"It was a green top and batting first, Sunil Gavaskar got a duck, I got a duck, and before we knew it we were 17-5. We were so ashamed but Kapil Dev went out there and rather than play defensively he played his shots," said the 59-year-old, who played in 43 Tests and 146 ODIs between 1981 and 1992.

"My wife had come down and once he started scoring we stood just outside the players enclosure in the cold. Everyone was so superstitious that we could not move, but I just watched with awe as he hit 175. It was an amazing innings."

India then beat Australia with Roger Binny swinging the ball all over the place.

In the semi-final against England, everybody was thinking for a repeat of 1979 final but Mohinder Amarnath, who was a part-time bowler, got rid of David Gower and Mike Gatting and the home side collapsed.

"In the final (against West Indies), I'll never forget Joel Garner's spell. The ball was coming down from ten feet in the dew. I really struggled but I spoke to Jimmy (Amarnath) and he told me to play my natural game. The next over I slashed one for four and in the end, I got 38, which turned out to be the highest score of the World Cup final," Srikkanth said.

"We only got 183, and even Kapil Dev did not tell us that it would be enough. But he said that we should make it as difficult as possible for the West Indies. Once again it came down to him. He caught Viv Richards and although they kept fighting, we won.

"That was the day Indian cricket changed. For every Indian in the world, we could walk down the street thinking 'we're world champions'."