Competing in his first Olympics, Chopra took just a few seconds to make to the final round to be held on Saturday 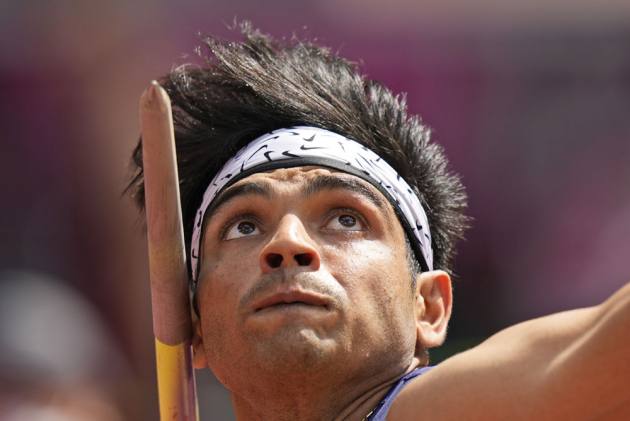 Star javelin thrower Neeraj Chopra kept India's hopes of an elusive Olympic medal from track and field events alive by earning a direct qualification into the finals with a stunning throw of 86.65m that put him on the top of the Group A contest, in Tokyo on Wednesday.

Competing in his first Olympics, the 23-year-old Chopra took just a few seconds to make to the final round to be held on Saturday as he sent the spear well past the qualifying mark of 83.50m in his first attempt.

.@Neeraj_chopra1 made entering an Olympic final look so easy! ðÂÂ²ðÂÂ±

Chopra's performance on Saturday will go down as one of the best performances by an Indian in the Olympics, as he finished ahead of gold medal favourite and 2017 world champion Johannes Vetter of Germany.

Vetter, who had earlier said that Chopra will find it tough to beat him in the Olympics, struggled in his first two throws before crossing the automatic qualification mark with a 85.64m final throw.

The 28-year-old towering German, who came into the Olympics after having seven monster throws of 90m-plus between April and June, was lying at a dangerous seventh position after his first two throws but eventually qualified for the final at second.

Finland's Lassi Etelatalo also advanced to the final as an automatic qualifier with a first round throw of 84.50m.

Those who touch 83.50m mark or the 12 best performers qualify for the final on Saturday.

A farmer's son from Khandra village near Panipat in Haryana who took up athletics to shed flab on his body, Chopra left the javelin arena after his first throw, having secured his place in the final easily.

The Indian athletics contingent, including Athletics Federation of India (AFI) president Adille Sumariwalla and Klaus Bartonietz, the bio-mechanics expert in charge of Chopra, were cheering from the almost empty stands.

This was Chopra's seventh best throw and third best of the season 2021.

The reigning Asian Games and Commonwealth Games gold medallist had been short of preparations in the run-up to the Olympics with just three international events, out of which only one was of top-class -- Kuortane Games where Vetter took the gold and he finished third.

Shivpal Singh, the other Indian in the fray, will try to qualify for the final from the Group B qualifications later in the day.