Namibia stunned the Netherlands and Ireland in their group matches to storm into ICC Men's T20 World Cup Super-12 stage. They will now play the big boys of world cricket.

In a nation where fishing (angling) is one of the top five sports, Namibia's entry into the Super-12 stage of the ICC Men's T20 World Cup has been nothing short of astonishing.

The southern African nation alongside the Atlantic Ocean is not really known for its sporting heritage. Sprinter Frankie Fredericks, who has four Olympic medals and won the world championship in 1993, is the nation's most famous sporting hero.

But on Friday, the country of about 2.6 million have found a bunch of heroes in a sport that ranks third on the popularity list.

At a time when cricket, a very 'closed' sport compared to football, is crying for global and Olympic recognition, Namibia's historic feat in the T20 World Cup 2021 should inspire cricket's bosses towards more globalisation of the game and use their revenues better.

Accorded associate membership status by the International Cricket Council in 1992, Namibia were among those 'who also ran' in major global tournaments.

In the 2003 Cricket World Cup, co-hosted by South Africa, Zimbabwe and Kenya, Namibia played six group stage matches and lost all of them. In 2007, Cricket Namibia became part of ICC's High Performance programme.

Cut to 2021, Namibia have been the toast of the T20 World Cup 2021. With wins against the Netherland and Ireland, Namibia will now rub shoulders with the big boys of world cricket.

Namibia coach Pierre de Bruyn warned cricket’s big boys that Namibia will not lie down in the Super 12 stage after a historic eight-wicket victory over Ireland saw them progress.

“We are ecstatic, I’ve got to remind myself what just happened out there, but it has happened to a really good group of people,” said De Bruyn, after a win that also secured his country’s automatic qualification for the ICC Men’s T20 World Cup 2022 in Australia.

“It’s time for us to reflect and also enjoy this moment, but we certainly didn’t come here to go and lie down now.

“Facing India, Pakistan and New Zealand, those types of teams, is going to be a great experience for these players but we want to be competitive in whatever we do, with ball, bat and in the field.

“The way we present ourselves, we are going to compete, and we are looking forward to that. We’ve made history now, advancing to the Super 12s, it’s the first time ever we are going to play against these guys in a T20 World Cup.” 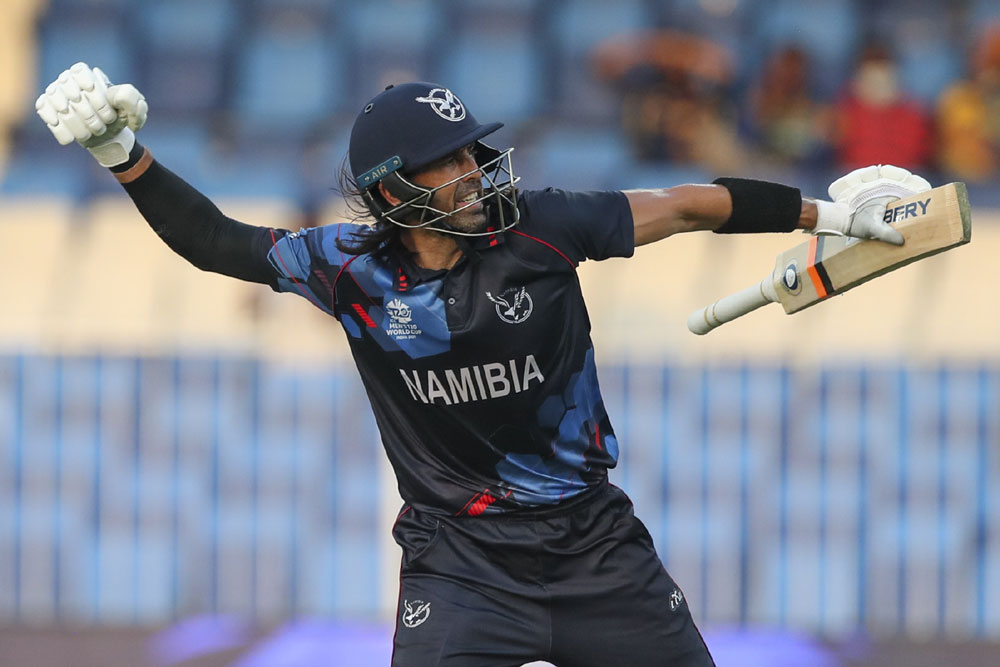 When David Wiese struck the winning boundary at the Sharjah Cricket Stadium in the UAE it sparked wild scenes of celebration among the players and fans at the ground and De Bruyn admitted the party would go on long into the night back home.

He added: “I can just imagine what is going on in Namibia right now, it is a Friday afternoon there so they will be ecstatic. It will be a late night for the supporters back home.

“We are not an organisation with the luxury of a lot of resources around us. I’ve got 18 players to pick from in my national squad and I know what they’ve put in for the last three years.

“It sounds like a cliche that the hard work has paid off, but it certainly did and I’m really ecstatic for the players.”