Mohun Bagan-ATK Merger Is A Slap On Football Legacy, Bad News For I-League 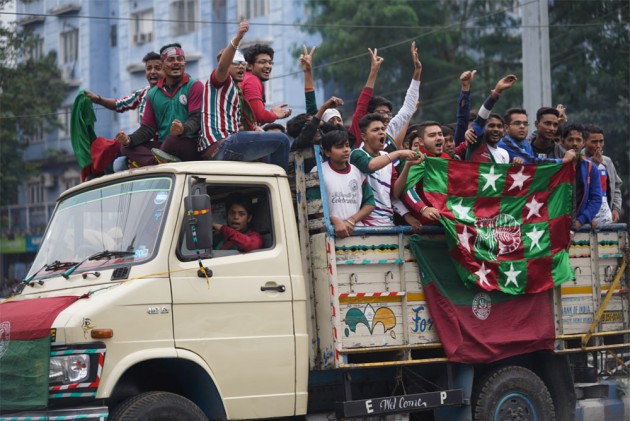 Any blue-blooded Mohun Bagan fan would have had mixed feelings on Thursday. It was a significant day in the history of the 130-year old club. While Chuni Goswami, who once turned down an offer from Tottenham Hotspur to spend his entire footballing career at Mohun Bagan, was honoured with a commemorative stamp by the Indian Postal department on his 82nd birthday, the club's bosses sold off 80 percent of its stakes to a private company that runs a team in a seemingly over-hyped franchise soccer league. (More Football News)

Come the new financial year, Mohun Bagan will be rechristened ATK-Mohun Bagan. ATK is a football team run by the RP-Sanjeev Goenka Group and plays in the country's main league, the Indian Super League (ISL). This is perhaps the first time that a legacy club has compromised its aura with an outfit that has a relatively insignificant fan base but has fairly deep pockets.

The impact of the ATK-Mohun Bagan merger can be seen in many lights. While it's a sign of the times and a clear victory of wealth over heritage, it is also a ploy to kill a successful and popular pan-India club championship (I-League) that has been widely recognised as the heartbeat of Indian soccer for years.

Both Mohun Bagan and East Bengal will be admitted into the ISL fold from next season. These two 100-year-old-plus teams have been the backbone of Indian football for ages and even in modern history, holds their place for producing one of the fiercest sporting rivalries of all time. 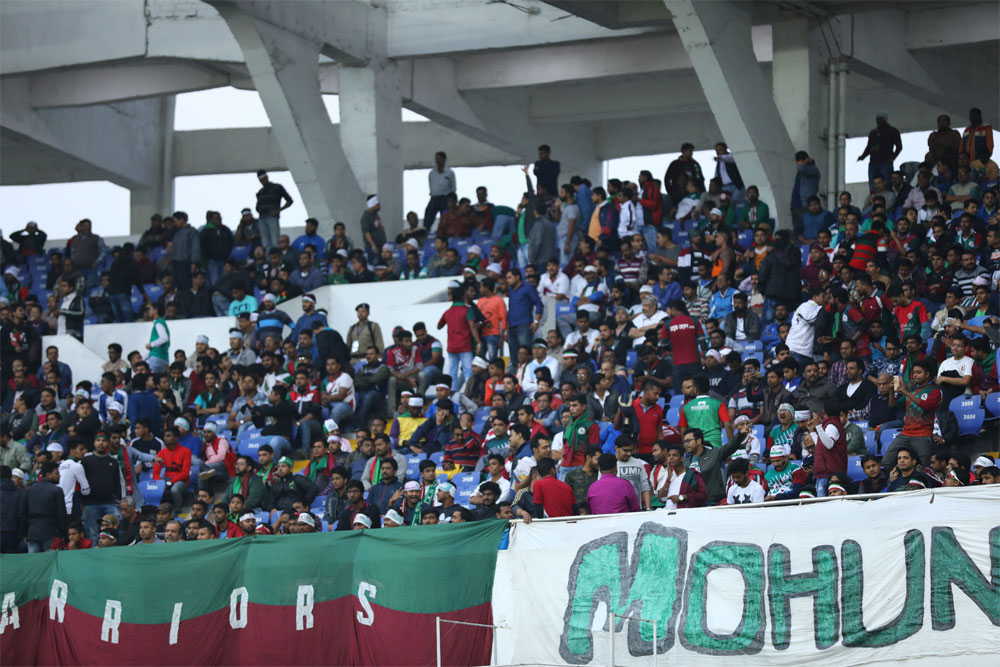 The charm of the I-League will reduce drastically once the Big Two of Indian football joins the ISL competition, a 'closed' tournament that has no relegation. It is a shame that I-League will lose its legs on which it still runs. And its purely by design.

ATK's acquisition of the Mohun Bagan is a triumph for Reliance, the All India Football Federation's (AIFF) marketing partners. The ISL is a franchise tournament run by Football Sports Development Limited, a subsidiary of Reliance. For whatever its worth, ISL has won over India's football bosses for whom commercial survival is more important than effective development and progress.

Read: Hyderabad Back On Indian Football Map But Can It Rise From The Ashes?

By using ATK to lure away Mohun Bagan into a wholly one-sided tie-up, FSDL has proved its massive influence. For the RPG Group, it's a win-win situation. Without spending an extra buck, it overnight becomes the apple of the eye of millions of green-and-maroon fans.

By having 80 percent control over the Board, ATK will virtually call every shot at Mohun Bagan -- more importantly, player and coach selection. For the current set of Mohun Bagan officials, who ran the club in an authoritarian style for years, to accept 'orders' from a totally new set of officials will be a challenge.

Swapan Sadhan 'Tutu' Bose, a former Trinamool MP, ran Mohun Bagan like his fiefdom ever since McDowell quit as sponsors in 2014-15. His word was law because Bose, a prosperous businessman with major interests in cargo handling and media, spent close to six crores a year on the football team alone.

With little return of investment, it wasn't surprising that Bose welcomed ATK. He said it was a business decision and emotions had no place in the new equation. Insiders say it will be interesting to see how long the relationship lasts.

"For how long can Bose keep pumping in his own money? For now, it's a smart move by Mohun Bagan. They will get a foothold in the ISL and ATK will take care of the finances to begin with. Given their nature, doubt the Boses will like to be bossed around for long," said a club insider.

Subrata Bhattacharya, a former club captain and coach, who like Goswami, spent his entire playing career at Bagan, wrote in Times of India: "Something like a 55-45 percent division of power would have looked more balanced. I just pray that Mohun Bagan retain their true character and become a harbinger of change in Indian football. I hope the new entity will focus back on grooming local talent and give them a platform to showcase their skill."

An ISL team spends around 40 crores a season. Reliance's contract with AlFF runs till 2025 and given the ever-changing roadmap, ISL will continue to rule the roost, much to the chagrin of clubs from Punjab, North-east and Kerala who have done well for themselves with limited budgets.

It remains to be seen how much motivation will be left for the I-League teams because till such time there is a system of gaining promotion to the premier league, the ecosystem is as good as pointless.

Will it be East Bengal next?

East Bengal and current sponsors Quess will be splitting at the end of May this year but senior club official Debabrata (Nitu) Sarkar says, "Come what may, we will not sacrifice our legacy. Remember, East Bengal is an institution and we have kept the emotions of millions of our supporters in mind. It will be a fight to remain alive and kicking but that's always been the case for us."

Sarkar said RPG had approached East Bengal as well but the club wanted no less than 50 percent control. "We told them that we are giving your 4 crore supporters for the 40 crores you will be spending. We can't give you maximum control," said Sarkar.

In difficult modern times, bravado can often be misplaced. Reality has overtaken Mohun Bagan and how East Bengal negotiate the choppy waters post-May will be just as interesting to see.

Meanwhile, Sunday will be the penultimate time Mohun Bagan will play East Bengal in Kolkata's traditional 'Boro' (Big) match, minus the ATK prefix. The colour of the jerseys will drive the millions for sure in this I-League fixture. Such is the beauty of a football derby.