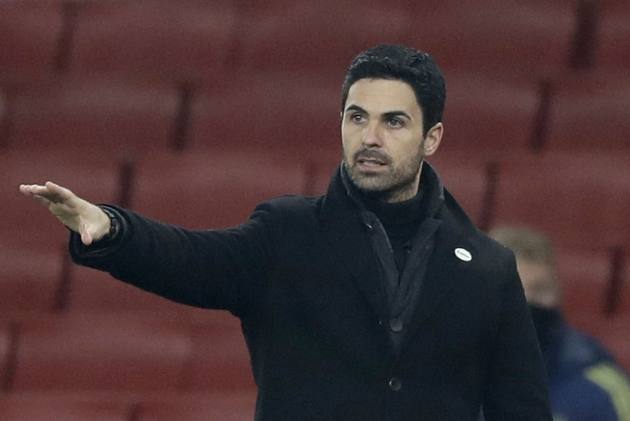 Mikel Arteta is excited by the appointment of Richard Garlick as Arsenal's director of football operations. (More Football News)

Garlick is currently the Premier League's director of football and will join the Gunners later this year.

A sports law specialist, Garlick moved to his post with the league after spending eight years with West Brom and will oversee football operations alongside technical director Edu, academy manager Per Mertesacker and Arteta.

The move completes a reshuffle behind the scenes at Emirates Stadium following the departures of Huss Fahmy and Raul Sanllehi last October and August respectively.

"We needed someone with a lot of experience, who knows the job really well and has a lot of connections in English and international football," Arteta said.

"And as well someone who can bring some ideas and qualities to the business the way we want.

"I'm really excited, I met him. He's certainly the candidate we wanted. Now we have to respect the processes of the Premier League and we will see when we can get him.

"We had to replace Huss, he had a very important role with the first team and the academy. We've been looking for months and we all decided the best person for us was Richard."

On the field, Arteta will be without defenders Kieran Tierney and Pablo Mari due to calf injuries for Monday's game against Premier League strugglers Newcastle United, although Thomas Partey made a welcome return as a substitute during Thursday's 0-0 draw with Crystal Palace.

"He's made the right steps. He hasn't played much football during the past four months," Arteta said of the former Atletico Madrid midfielder, who has been laid low by a groin injury.

"He had an injury exactly in the same place as he had before when he got injured against Spurs.

"Now we have the reassurance that he can compete. He did it for 25, 30 minutes. He did it well, he didn't feel anything.

"So now we are going to be looking for the next step."