Second-seeded Mary Kom notched up a comfortable 5-0 win over Philippines' Irish Magno in her quarterfinal bout for a ticket to her second Olympic Games. She won a bronze in the 2012 London Olympics when women's boxing was first introduced at the showpiece 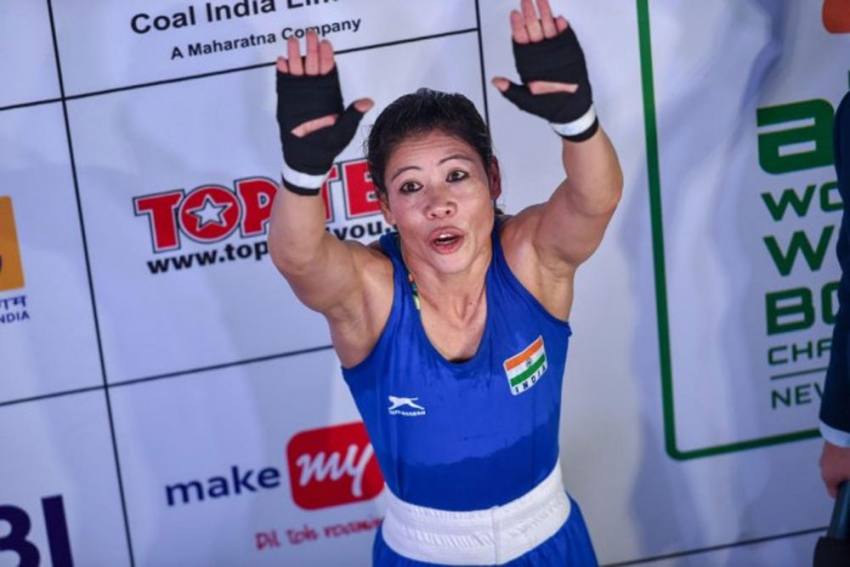 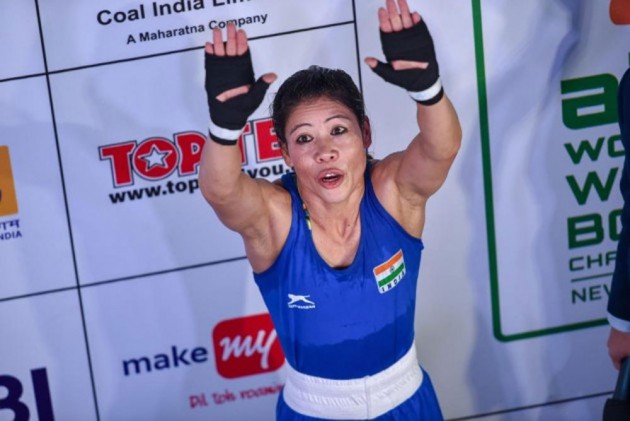 Second-seeded Mary Kom notched up a comfortable 5-0 win over Philippines' Irish Magno in her quarterfinal bout for a ticket to her second Olympic Games. She won a bronze in the 2012 London Olympics when women's boxing was first introduced at the showpiece.

The 37-year-old will square off against China's Yuan Chang in the semifinals. Chang is a former Youth Olympics champion.

Earlier, world silver-medallist and top seed Panghal edged out familiar foe Carlo Paalam of Philippines in a 4-1 split verdict to be assured of his maiden Olympic appearance and a medal at the qualifiers.

"I dedicate my Olympic quota to my uncle Raj Narayan, it's his birthday and he is someone who gives me a lot of courage," said Panghal after his bout.

World bronze-winner and Commonwealth Games silver-medallist Manish Kaushik, however, lost 2-3 to third seed Chinzorig Baatarsukh of Mongolia after an intense battle but is not out of contention for an Olympic berth just yet.

Kaushik has to win the box-off between losing quarterfinalists as the top six boxers will claim Tokyo tickets in the 63kg category. He will face Australia's Commonwealth Games champion Harrison Garside in the box-off. The two clashed in the CWG final in 2018 with Garside ending up on the winning side.

Panghal started India's winning run on Monday by managing to pull off a close win.

"I followed the instructions given by my coaches. I ensured that he didn't get on top of me. I think I was pretty consistent in all three rounds," Panghal said.

Next up for Panghal is China's Jianguan Hu, who stunned world bronze-medallist and fourth seed Kazakh Saken Bibossinov 5-0.

"I have beaten him in the Asian Championships and I know how to get the better of him," Panghal said of his next opponent.

The Haryana lad didn't exactly look at his best during the bout but his trademark counter-attacking game fetched him the desired result against a rival, who is challenging him more with every fresh encounter.

Mary Kom, on the other hand, put out a near-perfect performance against the very spirited Magno. The Manipuri dictated the pace of the bout, drawing from her huge reservoir of experience to put Magno on the backfoot with a very effective counter-attacking strategy.

Simranjjit, also an Asian silver-medallist, will face third seed Shih-Yi Wu of Taiwan in the semifinals after a fine performance against Monkhor. Simranjit's right hand connected accurately all through.

Kaushik, who was up against an Asian Games silver-medallist, started well but lost steam in the face of relentless body shots by Baatarsukh, a two-time podium finisher at the Asian Championships.

Baatarsukh had lost to Kaushik in the second round of the world championships last year and he exacted revenge with an aggressive takedown of the Indian, especially in the final three minutes.

However, former junior world champion Sakshi Chaudhary (57kg) failed to secure an Olympic berth after going down to Korea's Im Aeji in the quarterfinals.

The 19-year-old Chaudhary lost 0-5 to Im, who is also a former world youth champion. Only the semifinalists are entitled to an Olympic berth in the women's 57kg category of the ongoing event.

Her next shot at Tokyo qualification would be the world qualifiers in May, provided she is selected for it.