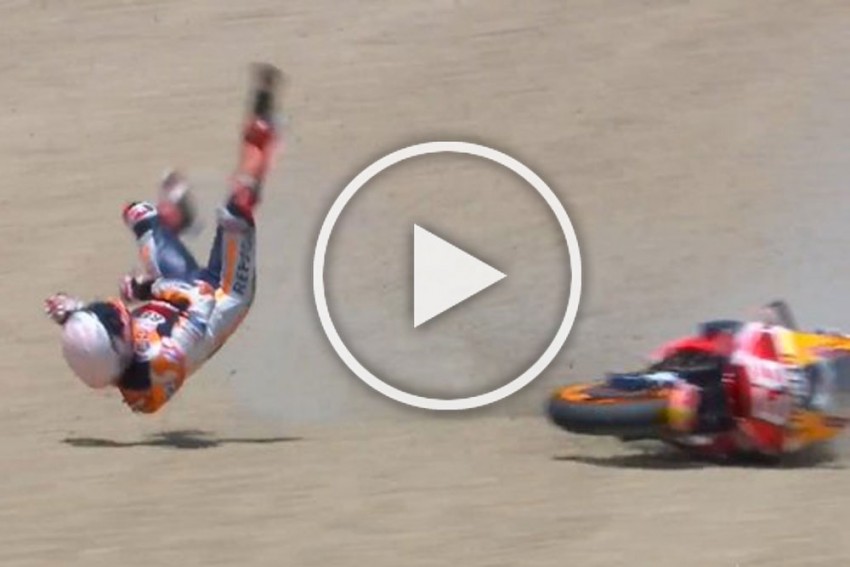 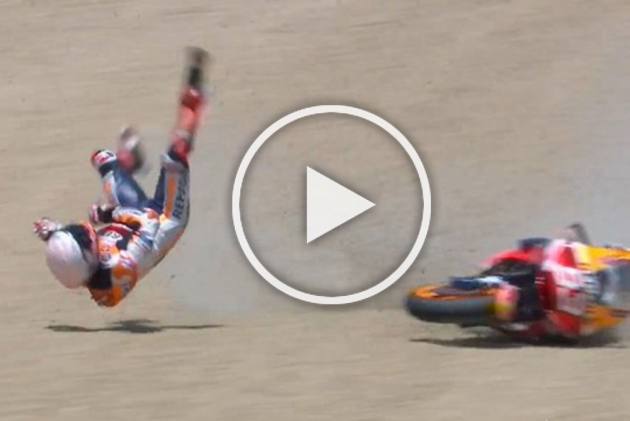 Marc Marquez sustained a broken right humerus as a result of his crash at the Spanish Grand Prix and will undergo surgery in the coming days, Repsol Honda have confirmed. (More Sports News)

The defending champion went careering across the gravel following a huge highside late in the MotoGP season-opener at Jerez and was clattered by his bike.

Marquez was in clear discomfort as he was attended to by marshals and was taken to the medical centre where he had an X-ray.

Repsol Honda have confirmed the extent of his injury, while announcing he will go under the knife in Barcelona hopefully on Tuesday. A timescale on his recovery is not yet known.

"A fall at Turn 3 while fighting for the podium has resulted in a broken right humerus for the reigning world champion, who will travel to Barcelona for surgery," a team statement read.

Marc Marquez with a horrible crash in the #MotoGP at Jerez today. Ouch! ð¤ pic.twitter.com/T4qODnZx8B

"After mounting an incredible comeback in the Spanish GP, Marc Marquez suffered a highside at Turn 3 and came down heavily on his right arm.

SAME CORNER! @marcmarquez93 crashes at Turn 4! He's up on his feet but out of the race! #SpanishGP pic.twitter.com/ksHdPcfpMO

"As a result, the eight-time world champion has suffered a transverse diaphyseal fracture to his right humerus.

"MotoGP medical staff have confirmed there is no other serious head or thoracic trauma but will remain under observation for 12 hours.

"Marquez will travel to the Hospital Universitari Dexeus in Barcelona on Monday, July 20 and is aiming to be operated on by Dr Xavier Mir and his team on Tuesday, July 21.

"Recovery time is as yet unknown, the Repsol Honda Team will provide an update after the operation."

The incident marked the culmination of a luckless day for Marquez, who was chasing down second place having fought his way back through the field after an error earlier in the race while he was leading.

Fabio Quartararo was the winner of an action-packed race, which was MotoGP's first of 2020 with the season having been delayed due to the coronavirus pandemic.