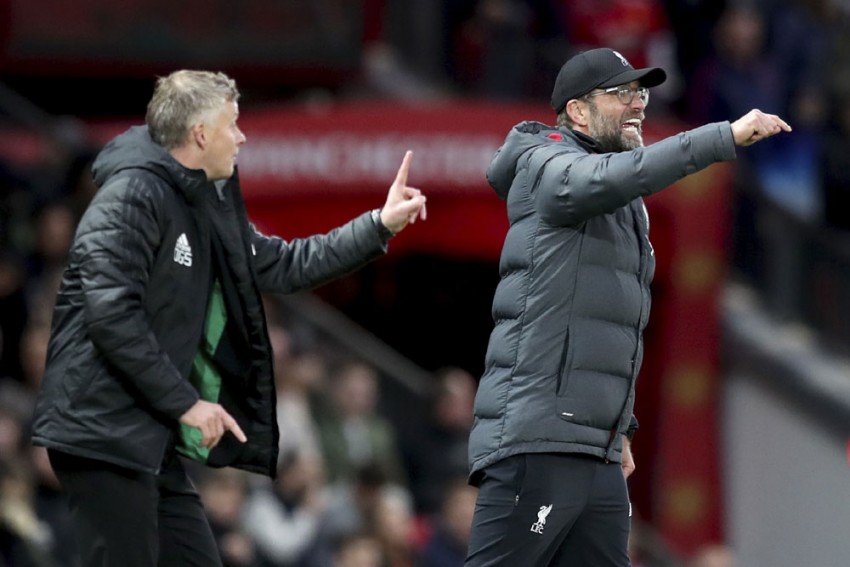 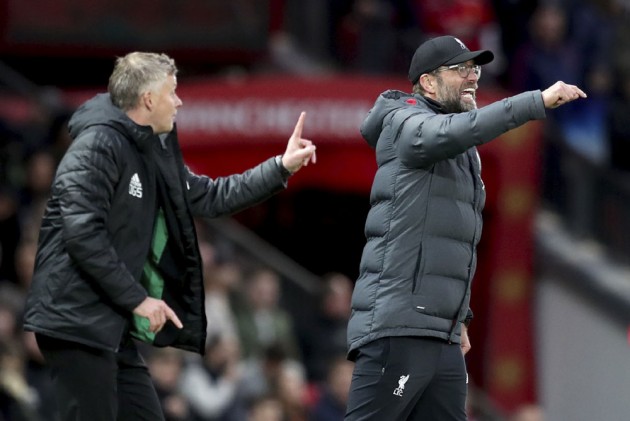 Adam Lallana scored a late equaliser but Liverpool saw their winning streak in the Premier League come to an end with a 1-1 draw at Manchester United. (More Football News)

Ole Gunnar Solskjaer's beleaguered side took the lead through Marcus Rashford's controversial opener, with Liverpool claiming Divock Origi was fouled prior to a rapid United break finished off by the England international.

Reds boss Jurgen Klopp cut an incensed figure on the touchline and his mood hardly improved when Sadio Mane had a goal disallowed following a VAR check for handball but, in the absence of the injured Mohamed Salah, his side lacked their usual fluency in attack.

United defended doggedly to hang on to their slender advantage, yet their hard work was undone when they allowed substitute Lallana to tap home Andy Robertson's low cross in the 85th minute.

Looking to equal Manchester City's record of 18 successive top-flight wins, Liverpool opened United up for the game's first clear chance in the 34th minute when Mane squared to Roberto Firmino, whose side-footed effort was comfortably held by David de Gea.

United's breakthrough caused acrimony among the away fans following a Victor Lindelof challenge on Origi, with referee Martin Atkinson allowing play to continue. Scott McTominay released Daniel James down the right and the Wales winger's cross set up Rashford from close range.

Mane had the ball in the net eight minutes later but VAR did confirm he had used his arm when controlling Trent Alexander-Arnold's high ball.

Klopp sent on Alex Oxlade-Chamberlain for Origi after an hour and the England international dragged a shot narrowly wide of De Gea's goal, while Rashford went even closer at the other end with a rasping shot from just outside the box.

Fred flashed a spectacular shot just wide as it looked like United might extend their lead before Klopp's substitutions took effect.

Naby Keita, on for Jordan Henderson, fed Robertson on Liverpool's left to send in a cross that went through a crowed penalty area, allowing Lallana to convert at the back post.

What does it mean? United stand firm to make their point

Manchester United looked like a different team to the one that lost 1-0 at Newcastle United before the international break, even if Solskjaer will be disappointed they could not hang on.

Liverpool, meanwhile, will be relieved to remain unbeaten in the league this season. Their impressive winning streak may have ended at 17 games, but the draw means they have a six-point lead at the summit.

A strong start was vital to United's chances of getting a result and Andreas Pereira's tireless harrying of Liverpool's back four from the outset unsettled the visitors.

Henderson failed to show the kind of presence and leadership Liverpool needed on a day when little went their way. He was switched to a wide position before making way for goalscorer Lallana.

2 - This is the first time an English player has scored for both sides in a Premier League meeting between Man Utd and Liverpool since November 2001 (Michael Owen and David Beckham). Lions. pic.twitter.com/kpQSQ7o86c

- No side has dropped more points from winning positions in the Premier League this season than Manchester United (eight, level with Aston Villa).
- Five of the last seven league meetings between the teams have ended level (one win each) - just four of the previous 36 before then had been drawn.
- Since the start of last season, Liverpool have scored 28 Premier League goals in the final 15 minutes of games, more than any other side.
- Ole Gunnar Solskjaer is the only manager Jurgen Klopp has faced more than once in the Premier League and failed to beat (P2 D2).
- Adam Lallana netted his first goal in 29 Premier League appearances, since scoring against Middlesbrough in May 2017.

Both teams are involved in European action in midweek before league fixtures next Sunday. Liverpool host struggling Tottenham at the same time as United take on Norwich City at Carrow Road.