The second matchday of the 2019-20 I-League season kicks-off on December 1, with Churchill Brothers Vs Punjab FC set to face each other at the Fatorda Stadium, followed by Chennai City Vs TRAU FC at Nehru Stadium. Live streaming available on digital platforms. 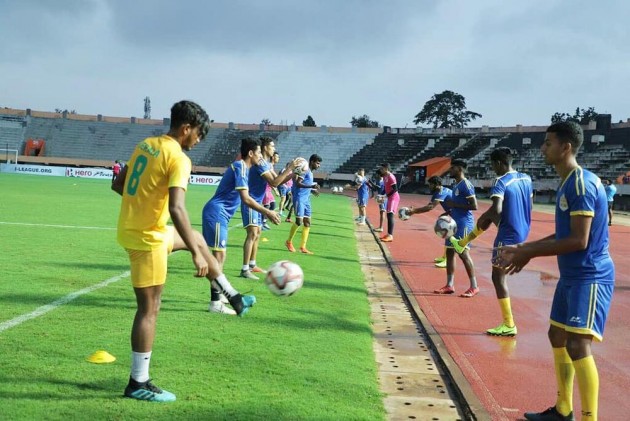 Last season, Churchill Brothers beat Punjab FC (formerly known as Minerva Punjab) at home (2-0) and drew (0-0) in Ludhiana. The Goans will be aiming to continue on that momentum. Both teams are also former I-League champions.

The hosts will be relying on captain and star striker Willis Plaza, who scored 21 goals last season, the same as Golden Boot winner Pedro Manzi. Ahead of the match during the pre-match press conference, Plaza said, "We have a completely new team this season with the exception of Ceesay and me. The preparation is like starting back from the beginning. For now there is nothing special, just building of good communication and understanding with each player."

"We are taking this game very seriously because it is the first game of the season and it will be good to start with a win," he further added.

After a poor season last time, Punjab FC will be aiming for a better campaign. The side will be relying heavily on midfielder Sanju Pradhan and striker Dipanda Dicka. Ahead of the match, head coach Yan Cheng Law said, "The difference this season and the last is that the entire squad is new apart from 3-4 players. We have changed our philosophy to meet the standards and demands of the modern day football, knowing that most of the other teams have got foreign coaches and are going to play serious tactical football."

Chennai City will be aiming to begin their title defence, when they face debutants TRAU FC. The defending champions will be depending on the flair of midfielder Katsumi Yusa, Sandro and striker Pedro Manzi. Manzi won the top scorer award last season with 21 goals.

Although, the club lost key players in the transfer market like Nestor Benitez, Edwin Sydney Vanspaul and Tarif Akhand, the squad has enough depth to make up for it.

During the pre-match press conference, Manzi revealed that Chennai are ready for the new season. "We are looking forward to the league, working hard for a pre-season of almost four months. We know we are a new team with young and many players without experience in I-league," he said.

"I believe this season is going to be even more difficult than the previous one. The teams have been reinforced and are stronger but we will work together to defend the title," he added.

In the guise of this competition's unpredictable team, TRAU FC will be hoping to start their debut I-League season with a good result. The team is led by Nigerian forward Princewill Emeka Olariche. He was the highest scorer in the second division with 10 goals. The forward wil be supported by the likes of Abhinash Ruidas, Loken Meitei and Marcel Sacramento.

During the pre-match press conference, TRAU skipper Olriche spoke about his side's preseason. "Preparation so far has gone so well. We had a few pre-season friendly matches from which we got mostly positive results and we are readily waiting for the I-League season to commence. We have so much in store. We have made a lot of additions to the squad, mostly experienced players, both foreigners and Indians. We have a superb technical team and we are playing a fantastic brand of football. We are ready and we are anticipating a great season ahead", he said.

When is the I-League 2019-20 match between Churchill Brothers Vs Punjab FC, Chennai City Vs TRAU FC?

Where to watch and live stream the I-League 2019-20 matches Between Churchill Brothers Vs Punjab FC, Chennai City Vs TRAU FC?

I-League 2019-20's Churchill Brothers Vs Punjab FC, Chennai City Vs TRAU FC will be broadcasted and live streamed by DSport.