Lionel Messi Or Cristiano Ronaldo? Who Did Indian Football Captain Sunil Chhetri Vote For At The Best FIFA Football Awards

As per rule, The Best FIFA Men's Player for 2019 is decided on votings by member nations' captain, head coach and a journalist. India was represented by Sunil Chhetri, Igor Stimac and Dhiman Sarkar. Find out who voted for Lionel Messi or Cristiano Ronaldo. 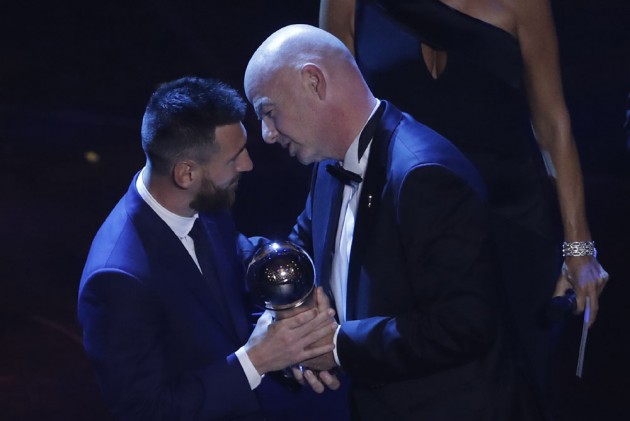 Lionel Messi beat the odds to grab The Best FIFA Men's Player for 2019. The Argentina and Barcelona captain beat Cristiano Ronaldo and Virgil van Dijk during The Best FIFA Football Awards. The voting process involves every FIFA member nation's senior team captain, head coach and a journalist. The trio select three players from the nominations and rank them according to their top three preference. For Indian Blaugrana fans, it was a joyous scene when Gianni Infantino announced Messi's name for the award. We all know Messi or Ronaldo's preferences, but whom did India vote for, represented by Sunil Chhetri, Igor Stimac and Dhiman Sarkar.

Gaffer Stimac voted for Ronaldo as his top choice, with Van Dijk and Eden Hazard behind him.