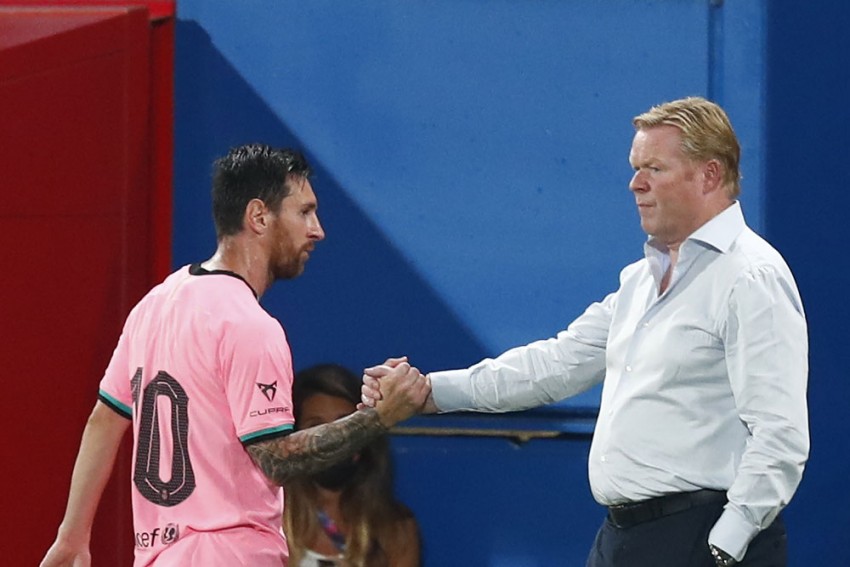 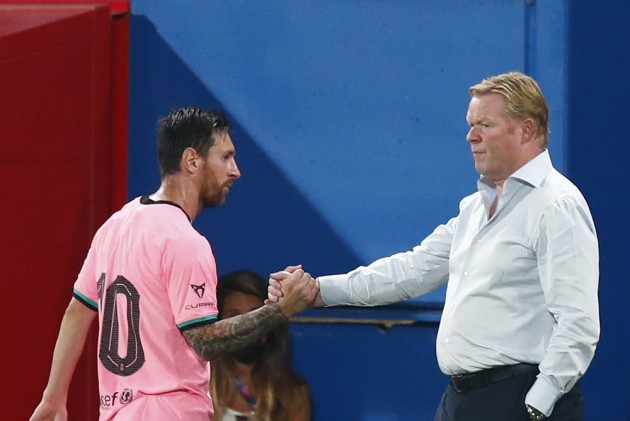 Lionel Messi is back in the Barcelona squad that will face second-division club Rayo Vallecano in the Copa del Rey on Wednesday. (More Football News)

Messi has not played in the Copa del Rey this season but coach Ronald Koeman is expected to use him in the round-of-16 game after missing two matches because of a suspension. Messi had been rested before that because of an unspecified minor fitness problem.

"He's fresh and isn't feeling any ailments," Koeman said Tuesday.
"To win things we need Messi to be in good shape and playing at the level that he can play. He is excited to play. He is the kind of player who wants to play in every match. We will look at our opponent and tomorrow we will know exactly who will be in the starting 11."

Messi received a two-match suspension for hitting an opponent away from the ball late in the team's 3-2 loss to Athletic Bilbao in the Spanish Super Cup final on Jan. 17.

He did not play against Cornellà in the round of 32 of the Copa del Rey last week, nor against Elche in the Spanish league on Sunday. Barcelona won both matches 2-0.

The Catalan club trails Spanish league leader Atlético Madrid by 10 points and is three points behind second-place Real Madrid entering the second half of the season. Atlético has a game in hand.

Barcelona has played well this year despite the loss to Athletic in the Spanish Super Cup. It has won four straight league matches, all away from home. The Catalan club is unbeaten in nine consecutive league games.

Rayo is coming off a loss to Mallorca but previously had won six in a row in all competitions. It sits fourth in the second-division standings, in good position to earn promotion.

Barcelona defender Sergiño Dest will not play Wednesday because of a "thigh discomfort," the club said.

The Copa del Rey's round of 16 is still played in one-game matchups.

"The Copa is a shorter tournament, with fewer games, and we play to win it," Koeman said. "I want to see my team with this winning mentality, just like it showed until now."