A tribute to Diego Maradona landed Lionel Messi a booking at the weekend, a decision Ronald Koeman hopes is retrospectively changed 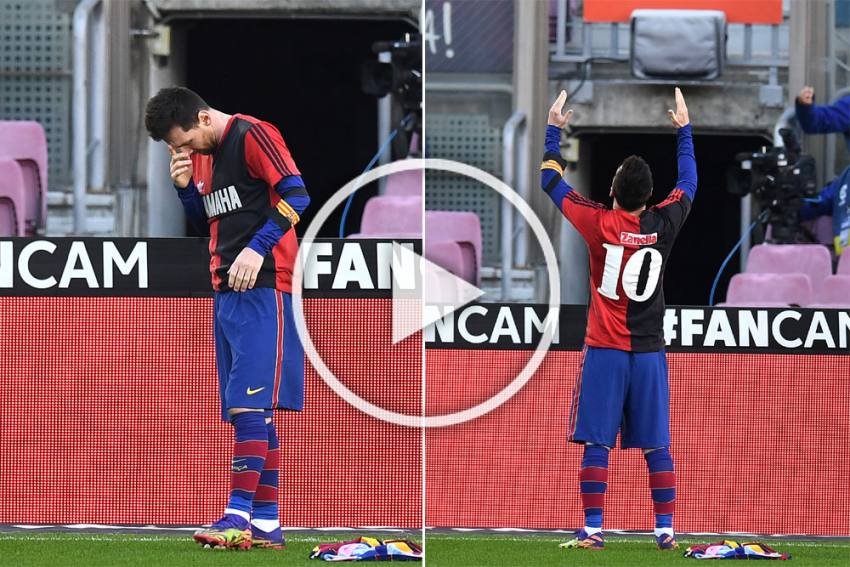 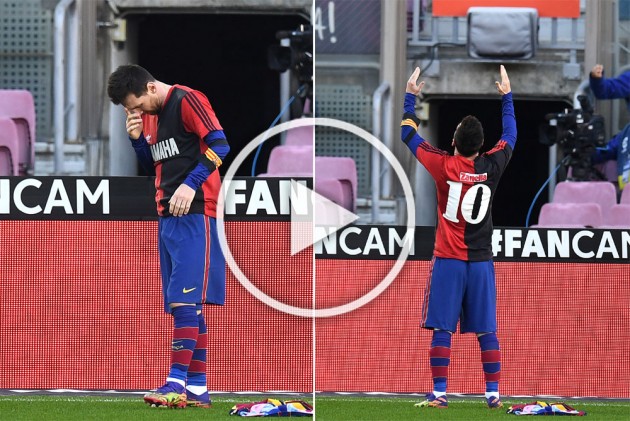 Lionel Messi should have the yellow card he was shown for his on-pitch tribute to Diego Maradona rescinded, according to Barcelona boss Ronald Koeman. (More Football News)

Former Barca and Argentina great Maradona died last week at the age of 60 and was honoured before all LaLiga matches over the weekend.

He then pointedly saluted the sky in honour of his compatriot, who spent a season towards the end of his career with Newell's - the club where Messi began his youth career.

Following the victory, Koeman told the media how impressed he was both with his captain's finish and with the way he chose to pay his respects to his compatriot.

Lionel Messi with an awesome Maradona tribute after scoring an incredible goal...pic.twitter.com/mTo7b9u1KY

The yellow card shown to Messi, which regulations state will come with a €3,000 fine for Barca, has attracted attention after the match and Koeman believes it should be overturned.

Speaking ahead of Wednesday's away Champions League match against Ferencvaros, for which Messi will be rested, Koeman said: "We know that there is a rule [relating to the award of] the yellow card.

"But we also know that it was his dedication to Maradona when he took off his shirt.

"It's not my decision, but for me I would take it off."

Barca are hopeful the yellow card decision will be changed.

According to Sport, they will use the precedent of Sergio Ramos having a booking overturned on sentimental grounds in 2007 after he paid tribute to Sevilla star Antonio Puerta to argue their case.

Barcelona have won all of their previous five competitive meetings with Hungarian sides and dominated the Camp Nou fixture against Ferencvaros in a 5-1 triumph last month.

Messi opened the scoring with a penalty in that game and also laid on a late assist for Ousmane Dembele.

However, he will now sit out of a second straight Champions League match, having also been rested for the 4-0 win over Dynamo Kiev last time out in the competition.

Barca have fared surprisingly well without Messi, winning eight of their last nine Champions League games that he missed and drawing the other since losing to Ajax in 2013, according to Opta statistics.

The club are looking to win each of their first five UEFA Champions League group stage games for the first time since the 2002-03 campaign.