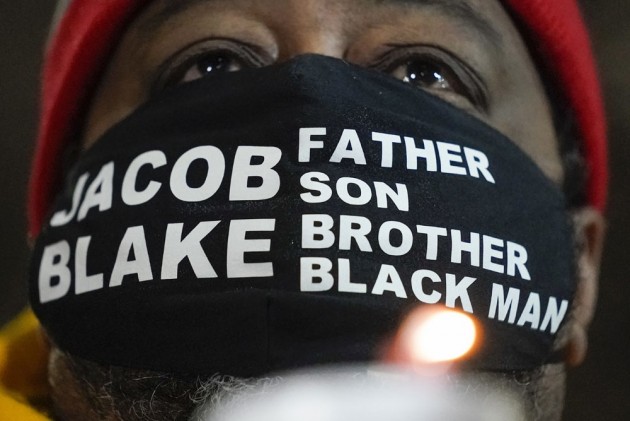 LeBron James and his Los Angeles Lakers team-mates were left disheartened upon hearing Kenosha County District Attorney announced no charges are to be filed against the police officer who shot Jacob Blake, a black man who was left paralysed. (More Sports News)

Blake was shot seven times in the back by a white police officer on August 23 last year as he leaned into his car in Kenosha, Wisconsin.

In response, several professional sports teams refused to play scheduled matches and, in the NBA bubble in Orlando, Florida, the Milwaukee Bucks boycotted their first-round playoff game against the Orlando Magic.

That subsequently led to all NBA games on August 26 being postponed, while there were further boycotts in Major League Baseball (MLB), the National Hockey League (NHL) and Major League Soccer (MLS).

Many NBA stars, including James, were vocal from the Orlando bubble in their campaigning against racial injustice, and several Lakers players expressed their dismay following Tuesday's confirmation none of the officers at the scene will face criminal charges.

Speaking after the Lakers' 94-92 win over the Memphis Grizzlies, James said: "To hear what happened in Kenosha today was a blow to the heart and to the gut, not only to that community but to us and to every, I guess, black person that has been a part of this process and seeing these outcomes for so long.

Wesley Matthews, now at the Lakers, was a part of the Bucks side that refused to play against the Magic back in August and was left similarly frustrated by the latest developments but urged the public to not lose heart.

Anthony Davis said he was left with a sense of failure but will "continue to push the needle for change".

"Obviously it sucks, we as a community try to support the family and try to do everything we can to get justice for him, for that to happen, it sucks," he said. "It's like we let the family down. We continue to honour Jacob Blake and his family, we continue to push the needle for change, it's not going to stop us by playing basketball."