The Spanish league had already rescheduled some matches to give players more time to rest, including Real Madrid's home game against Celta Vigo 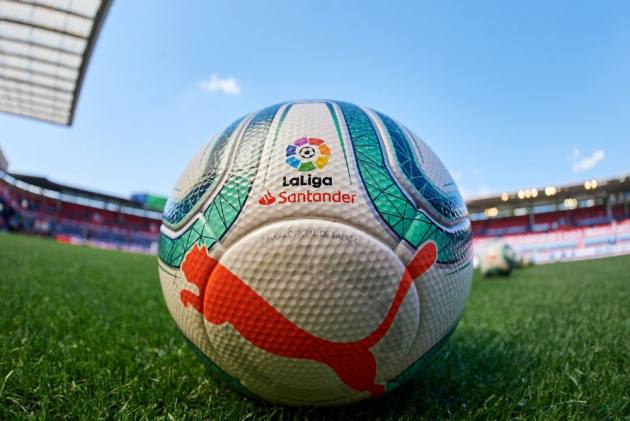 The games between Barcelona and Sevilla and Villarreal and Alavés, originally scheduled for Saturday, will be played at later dates. They have not been rescheduled yet.

The Spanish soccer federation had denied the league's request but Spain's sports council ruled in favor of the league's appeal to postpone the matches.

The league had tried to block players from going to South America's triple-header of World Cup qualifiers because players would return too close to the resumption of matches in Spain. But the Court of Arbitration for Sport ruled against the league's complaint and players were allowed to join their national teams.

FIFA extended the international window to allow South American teams to play a third World Cup qualifier less than two days before domestic leagues were due to resume in Europe.

The Spanish league had already rescheduled some matches from Saturday to Sunday to give players more time to rest, including Real Madrid's home game against Celta Vigo, which will mark Madrid's return to the Santiago Bernabéu Stadium.

Madrid had been playing at its training center as the Bernabéu underwent renovation during the coronavirus pandemic. The Bernabéu will remain under renovation but it will be reopened with a limited number of fans allowed back in the stands.

The Spanish league offered clubs charter flights for affected players so they could return to Spain as soon as possible after playing for their countries.

The Spanish federation, which is often at odds with the league, denied the request to postpone the matches because it didn't consider the absence of some players a reason good enough to change the schedule.