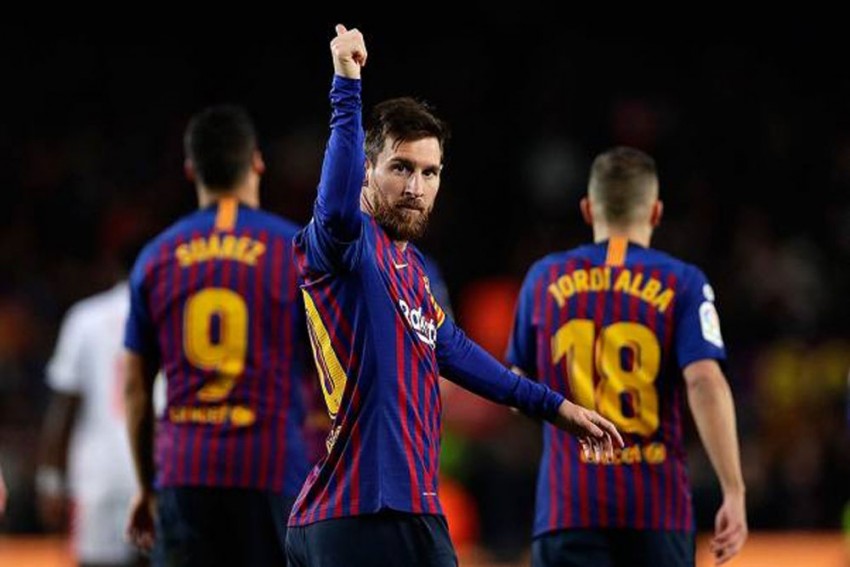 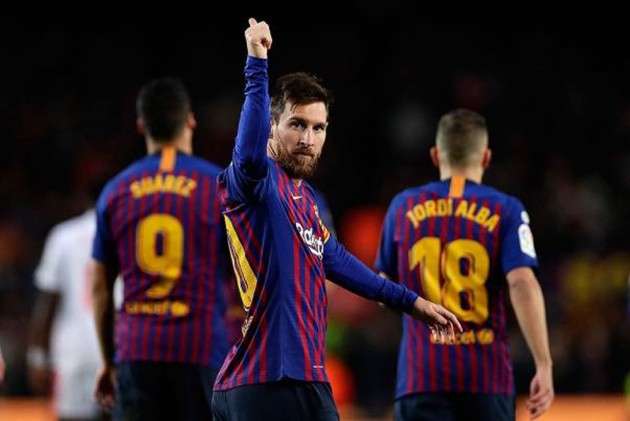 After knocking Real Madrid out of the Copa del Rey, Barcelona now have the opportunity to send their rivals packing in the title race too.

Barca's 3-0 victory on Wednesday means Barca will return to the Santiago Bernabeu on Saturday with a spring in their step, even if Madrid were the better side and had the better opportunities until the chaotic final 30 minutes, when a Luis Suarez double and Raphael Varane own goal gave victory to the Catalans.

"They had more chances in the first half, it's true," said Gerard Pique.

"But in the second we knew how to get at them. They left more space and in 10 to 15 minutes we scored three goals."

A repeat this weekend in La Liga would leave Santiago Solari's side 12 points adrift of Barcelona, who would effectively have an extra point's advantage given their superior head-to-head record. That would be a gargantuan gap to make up with 12 games left.

Atletico Madrid are closer, seven points back, and they still have to play Barca in April, albeit at the Camp Nou, where they have not won in 18 visits. But there is no doubt bumping Real out of the chase would be a major step for the Catalans.

They should feel confident if recent form between the two sides is any guide. The Copa del Rey win was Barcelona's fourth in six games at the Bernabeu and in each of those they have scored three or more. This season alone, their aggregate total against Real reads 9-2.

And while Madrid will take heart from the handful of golden opportunities they created, it was their opponents that showed the killer instinct, delivered by players used to producing when it matters most.

The question for Barca is also what these showings against the defending European champions say about their own chances in the Champions League.

A goalless draw at Lyon in the first leg leaves their last 16 tie delicately poised ahead of the home return next month and if Barca do come through, sterner tests will lie ahead.

Suarez's brace on Wednesday continues a timely return to form while Lionel Messi showed against Sevilla last weekend that he is ready to call upon his scintillating best when required.

It is in defence where doubts remain. The ease with which Madrid opened Barca up on the counter-attack suggests there is still a vulnerability on the break, which teams in the Champions League will be better placed to exploit.

Midfield has been bypassed too easily all season while neither Nelson Semedo nor Sergi Roberto have really convinced at right back.

There is still time to tighten up and Samuel Umtiti's return to fitness will be a welcome boost if he can find sharpness before the end of the season. But for those that crave success in the Champions League, more than either La Liga or the Copa del Rey, there is room for improvement.

"We are happy to go through but we have do have to do some things a lot better," Valverde said.

"There are important matches to come." Atletico Madrid play a resurgent Real Sociedad on Sunday while Getafe's surprise challenge for Champions League qualification continues away at Real Betis.