Antoine Griezmann's signing came amid much furore, but Opta data suggests Barcelona are less effective since he joined 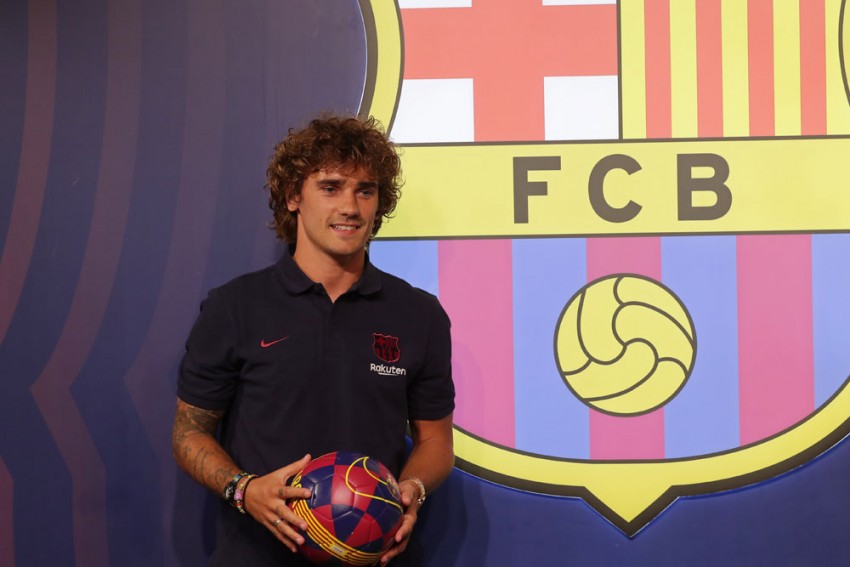 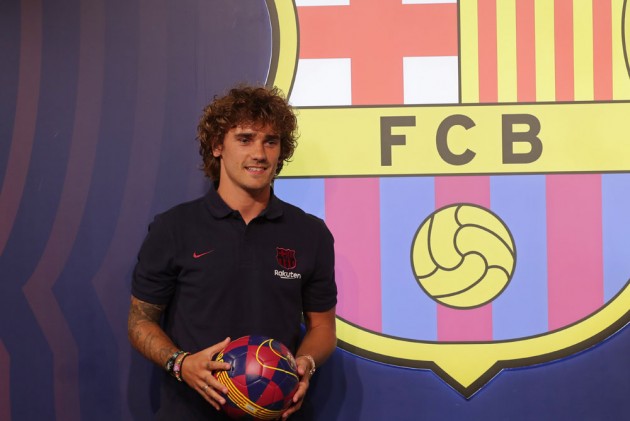 Clashes between Barcelona and Atletico Madrid are always fascinating occasions, with two completely different philosophies pitted against each other. (More Football News)

But Sunday's contest at the Wanda Metropolitano will be intriguing for an entirely new reason – the return of Antoine Griezmann.

The France international's move to Barca was somewhat acrimonious, with Atletico convinced he was talking to his new club long before his release clause dropped from €200million to €120m.

Atletico fans had long been frustrated with Griezmann's behaviour, particularly after his 'Decision' documentary last year showed him considering a move before eventually signing a new deal.

Yet, for all the build-up, drama and soap opera-like twists and turns, Griezmann's adaptation at Camp Nou has been underwhelming.

Ahead of Griezmann's return to the Wanda, we took a look at Opta data to examine how Barca are faring since signing the forward, whether Atletico are suffering without him and how he is doing individually.

It's difficult to find evidence that shows Griezmann has improved Barca in any way. The data suggests they are less effective with him in the team.

Across Barca's 61 matches last season, they averaged 2.3 goals and 2.2 points per match. Both figures have dropped, to 2.2 and 2.1, respectively, while they're winning with less regularity as well, down to 64.7 per cent from 67.2 per cent.

It's a similar story with respect to shots, with their average per match now 11.9 with Griezmann. Last season they recorded 15.3 attempts per game.

In Griezmann's 17 games for Barca, they have a passing accuracy of 78.6 per cent in the final third and 84.4 per cent in the opposing half. Once again, those figures are less than last term (79.2 per cent and 85.1 per cent).

While it would be unfair to suggest Griezmann is to blame in every area, a lack of fluency and effectiveness in Barca's attack this season is difficult to deny.

Yet to find his niche

A relative decrease in productivity can be expected to a certain degree when changing teams, particularly given the contrasting styles imposed by Atletico and Barca, but few would have predicted Griezmann's individual contributions to suffer as much as they have.

At Atletico last term, Griezmann scored 21 goals, laid on 11 assists and created 88 chances in 48 matches. As such, that equates to finding the net every 2.2 games, averaging 4.3 matches per assist and crafting 1.8 opportunities per outing.

This season, Griezmann has scored five times, got three assists and created 12 chances in 17 games.

That means he is only scoring once every 3.4 matches, almost double his record for last term, averaging 5.6 games per assist and laying on just 0.7 chances in each match.

8 - Barcelona’s Antoine Griezmann has only failed to score against 2/33 different teams that he’s faced in @LaLigaEN, one of which is Atlético de Madrid (eight games played vs). Return. #AtletiBarça pic.twitter.com/kc1gZh0PJe

Griezmann has been out of the starting XI three times for Barca this season and the data does him few favours.

Barca have a 100 per cent winning record and average 4.0 goals in those games, double what they have been scoring with him in the line-up.

Without Griezmann Barca are averaging 15.3 shots each match, a 3.8 increase than when he does feature in the starting XI.

Barca have seen less of the ball across those matches, registering 54.4 per cent possession compared to 65.1 per cent with Griezmann. However, that metric combined with their shot average suggests the Blaugrana are more ponderous and less incisive when the Frenchman plays.

8 - Barcelona’s Antoine Griezmann has only failed to score against 2/33 different teams that he’s faced in @LaLigaEN, one of which is Atlético de Madrid (eight games played vs). Return. #AtletiBarça pic.twitter.com/kc1gZh0PJe

Atletico have seen a slight decrease across some areas compared to last season since Griezmann's exit.

When the France star featured for Simeone's men, they averaged 1.5 goals and 2.0 points per match. Their figures are down to 1.3 and 1.9, respectively, this term, while Atleti's win percentage is down from 56.2 per cent to 50 per cent.

But the difference in many other areas is negligible, and in fact, they are averaging more shots and conceding fewer efforts at goal since Griezmann left.

At the moment it seems Atletico are slightly less clinical and decisive without Griezmann, though it's difficult to argue they are actually missing him. At least, not the Griezmann who featured for them in 2018-19.

Lionel Messi Is The Best, Just Give Him The Ballon D'Or: Ernesto Valverde