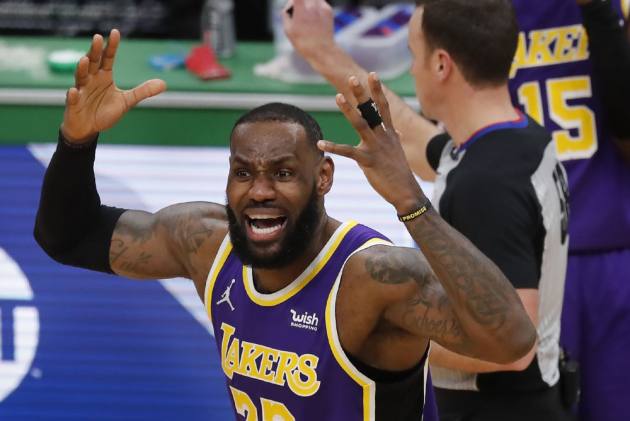 While there are no concerns of suffering a season-ending knockout, the one-off contest at Staples Center will dictate the next step for two teams who know all about making title runs.

Few would have expected this scenario back at the start of a season played out amid the backdrop of an ongoing health pandemic.

As the defending champions, LeBron James and the Lakers were viewed as a front runner in the stacked Western Conference. Coming up against a Golden State roster so heavily reliant on Stephen Curry was always a possibility in the playoffs, just not necessarily in this type of scenario.

The winner will be slotted in as the seventh seed, meaning a best-of-seven series against the Phoenix Suns. The loser, however, will have to get past either the San Antonio Spurs or the Memphis Grizzlies – they meet on Thursday – just to get the eighth and final spot available.

If the play-in games were set up to add an extra layer of drama, a match-up that pits two of the sport's biggest superstars against each other is an early gift to start the playoff stretch.

James was firmly in the MVP conversation until an ankle injury on March 20. His first attempt to return to action led to a setback, but the four-time NBA champion featured in the final two outings of the regular season, scoring a combined 49 points.

His fitness will be key to the Lakers' prospects of retaining their crown. They finished the regular season with a 42-30 record yet were 30-15 in games when their star turn featured. That kind of winning percentage across a full campaign would have made sure they did not have to worry about appearing in any play-in contests.

Having missed the majority of the previous season through injury, Curry certainly made up for lost time with a dazzling regular season.

For the first time since the 1999-2000 season, the Lakers finish with the league's top-ranked defense pic.twitter.com/q6yC2Hu4oS

The Warriors will sink or swim based on Curry, but he will need some assistance if they are to prosper in the playoffs. To that extent, as the Lakers focus on shutting down a player capable of catching fire in a hurry, Andrew Wiggins (18.6 points per game in the regular season) will need to step up, particularly as Golden State are still without the injured Kelly Oubre Jr.

Draymond Green can help, too, albeit his average of 7.0 points was his lowest mark since the 2013-14 season, his second in the league when he started in just 12 games. It may well be his primary focus is on defense, though, considering both James and Anthony Davis – confirmed fit to play on Tuesday – will demand plenty of attention.

The Lakers are a long way clear in the overall record (257 wins to 169), while they have also dominated in the playoffs – the Warriors have won just one series in seven attempts, with that success coming way back in 1967 when they were still playing under the San Francisco name.

In the 2020-21 regular season, the team from Los Angeles won two of the three meetings. They were dominant in the most recent clash as well, coming out 128-97 winners in March despite several key absences.