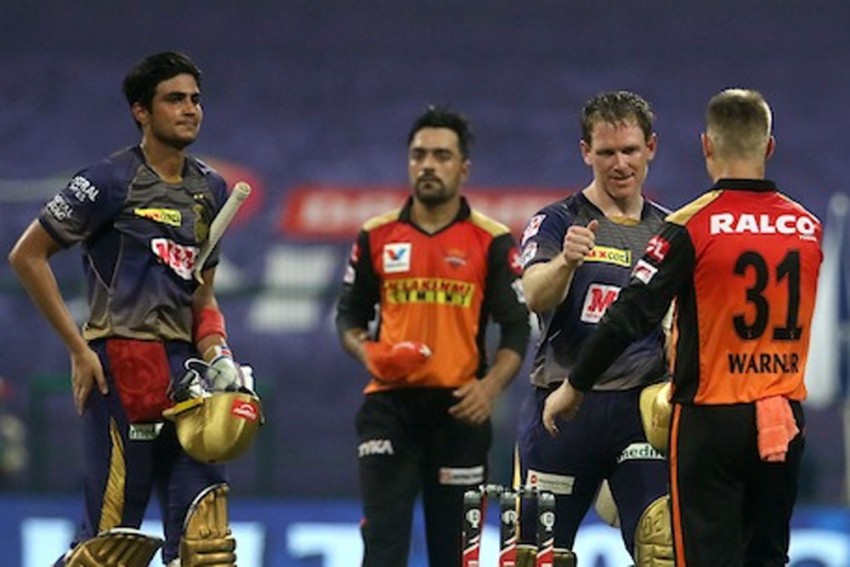 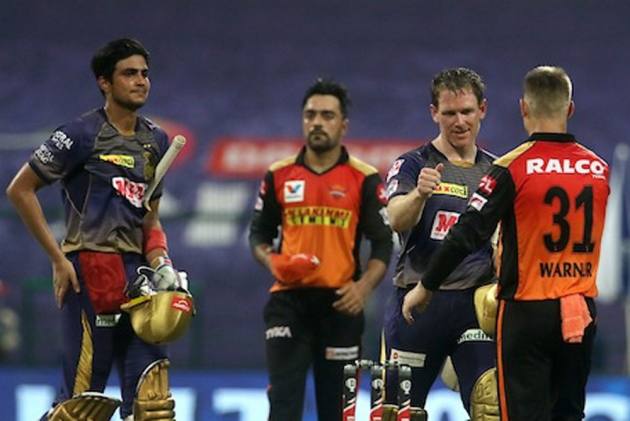 Young opener Shubman Gill played a chanceless knock off 70 off 62 balls to set up an easy seven-wicket win for two-time champions Kolkata Knight Riders (KKR) against SunRisers Hyderabad (SRH) in the eighth match of the Indian Premier League (IPL) 2020 at Sheikh Zayed Stadium, Abu Dhabi, UAE on Saturday. SRH captain David Warner won the toss and surprisingly opted to bat first, and they could manage only 142/4 despite a 38-ball 50 from Manish Pandey. Pat Cummins, the most expensive overseas player in the league's history, showed his worth by producing a good spell of four overs (1/19). KKR chase got off to a bad start with Sunil Narine and skipper Dinesh Karthik getting out for ducks. But Gill showed maturity by playing a controlled innings. And with Eoin Morgan, the 21-year-old made sure the target was achieved without much fuss. And with that, KKR registered their first win of the season. (SCORECARD | POINTS TABLE | NEWS)

7:03 PM IST: David Warner wins toss and for a change, he opts to bat first.

7:07 PM IST: Changes for both sides. Wriddhiman Saha, Khaleel Ahmed and Mohammed Nabi in for Vijay Shankar, Sandeep Sharma and Mitchell Marsh in the Hyderabad XI. Kamlesh Nagarkoti and Varun Chakravarthy in for Sandeep Warrier and Nikhil Naik in the Kolkata XI.