Manchester City star Kevin De Bruyne said he wants to remain at the Premier League giants as he provided an update on his contract situation. 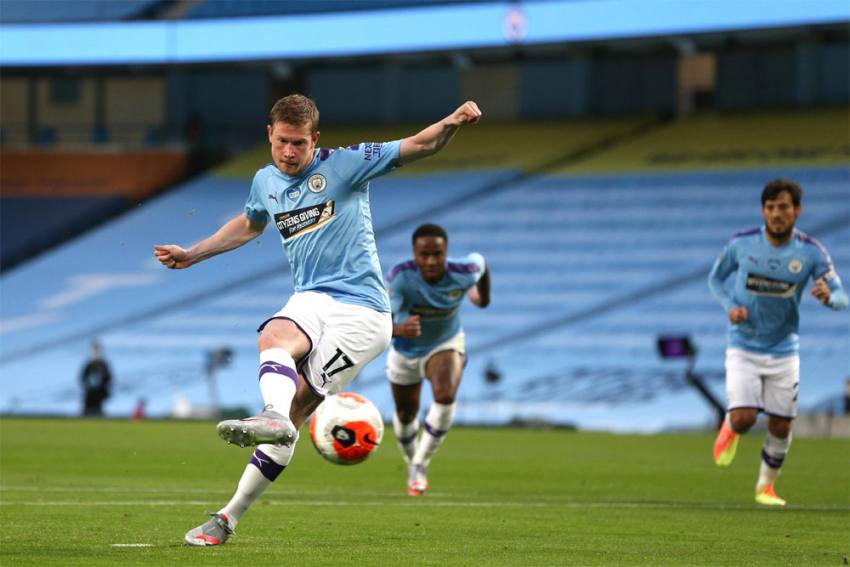 Manchester City star Kevin De Bruyne said he wants to remain at the Premier League giants as he provided an update on his contract situation.

De Bruyne's future has been the topic of discussion, with City looking to re-sign the Belgium international midfielder to a new five-year deal.

Asked about his future following Belgium's 2-0 Nations League win over England on Sunday, De Bruyne told VTM Nieuws: "I am at a good club [with] good owners.

"We are a bit in talks – not advanced. At the moment I am doing the talks myself.

This season, De Bruyne boasts one goal and three assists as City sit 10th in the standings, six points adrift of leaders Leicester City, though they have a game in hand.