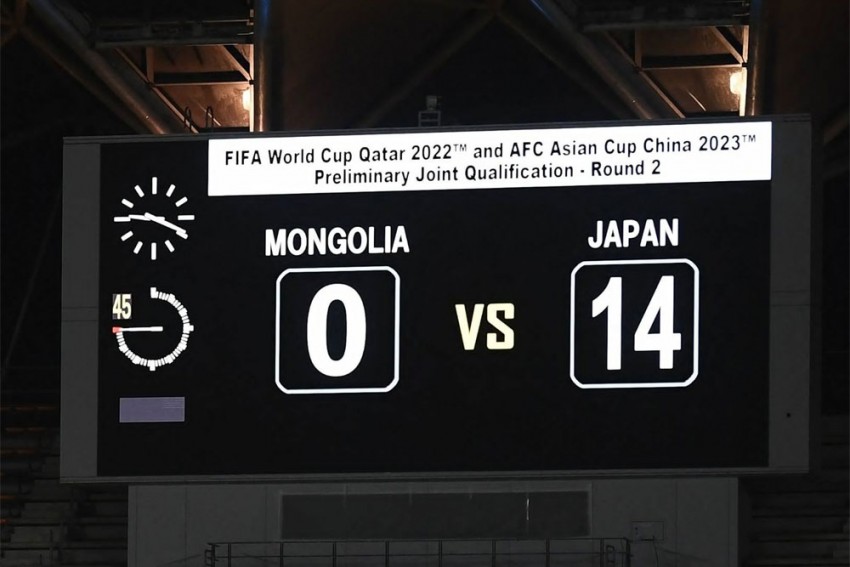 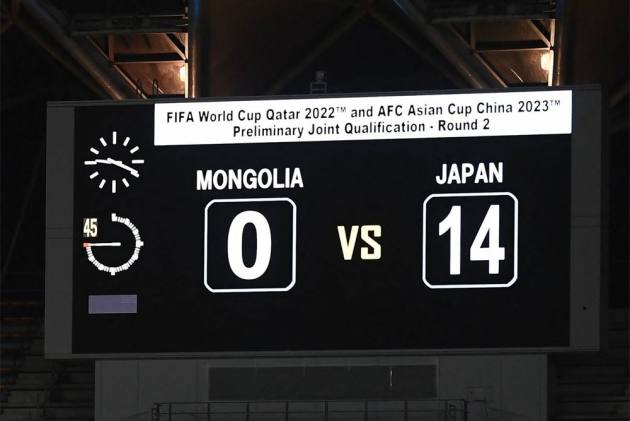 Japan thumped Mongolia 14-0 at the Fukuda Denshi Arena on Tuesday to close in on the third round of Asia's qualifying tournament for the 2022 World Cup finals. (More Football News)

The win was Japan's second-biggest ever, behind their 15-0 thrashing of the Philippines in 1967, and leaves them needing victory against Myanmar in June to advance to the next phase.

Liverpool forward Takumi Minamino, who has spent the second half of the campaign on loan with Southampton, opened the scoring after 13 minutes before Werder Bremen's Yuya Osako scored the first of his three goals.

Daichi Kamada and Hidemasa Morita added their names to the scoresheet and Khash-Erdene Tuya put into his own net before half-time in the one-sided affair, which was played behind closed doors in Japan due to quarantine restrictions in Mongolia.

Osako's second goal arrived 10 minutes into the second half and substitute Sho Inagaki hit the designated away side's seventh with 68 minutes on the clock.

Kyogo Furuhashi and Junya Ito then added two more apiece, with the latter also setting up three of his side's goals.

The final three goals arrived in added time, with Inagaki completing the drubbing against a side ranked 190th in the world following a quickfire double from Takuma Asano and Osako.