It's Official -- Indian Super League, Not I-League To Be Indian Football's Premier League

The Asian Football Confederation has endorsed the roadmap for Indian football, proposed unification of ISL and I-League by 2024-25 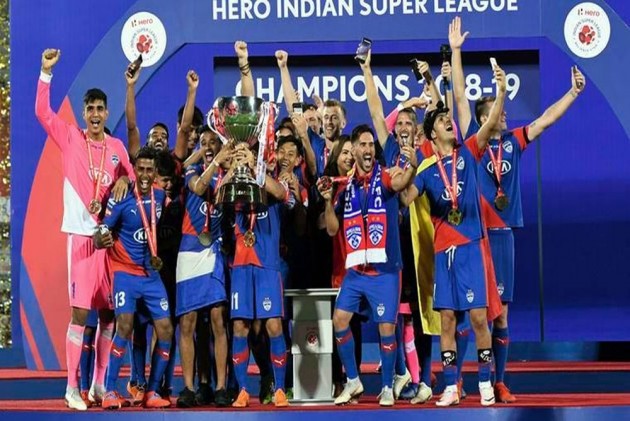 Indian football on Monday (October 14) was presented with a roadmap for the reform process for the club game in the country – with the Indian Super League (ISL) being recognised as the top league in India starting from this 2019-2020 season.

Dato’ Windsor John, the Asian Football Confederation (AFC) General Secretary, said at a meeting convened in Kuala Lumpur: “Everyone has to put the good of Indian football at the forefront and take the best decisions to develop Indian club football. The AFC will be very much involved to ensure the growth of the game to the next level with the pathway to a single league.

ALSO READ: Like India, Which Are The Countries With Top-Tier Football Leagues Without Promotion-Relegation System?

“Every point of this package – and it is a package – has been thought-out extremely carefully and it is aimed simply at providing the best chance to develop Indian club football. We have informed AIFF that 10-12 teams are not enough for the top League – it must be bigger.

“Everyone has contributed to the development of the Indian club game - ISL, I-League clubs, the AIFF and the AFC – and I am sure that if this roadmap is considered further, then Indian football will see the benefits for the game. We are now all working together to deliver the best future.”

All India Football Federation (AIFF) General Secretary Kushal Das, added: “We now have a roadmap which provides the best opportunity for Indian club football. I would like to thank the AFC – and its General Secretary – for their contribution in proposing a solution to this unique problem. India is an important country for football in Asia.

“We have to be financially sustainable and take into consideration all commercial and contractual aspects of this plan because commerce is key to football not only in India but across the world of football. We must be cognisant of that fact of football life, that footballing legacy and investment are equally important for the development of Indian football.”

* In season 2019-20, the ISL will attain the status of premier league competition in Indian football.

* As a special compensation to India, the AFC will allow the winning ISL club to represent India in the AFC Champions League play-offs, and the I-League winner will get to play the AFC Cup play-off.

* Another key recommendation by the AFC is to open a pathway for two I-League clubs’ entry into the ISL by the end of the 2020-21 season, subject to the criteria being fulfilled.

* In addition, starting with the 2022-23 season, the winner of I-League will stand a chance to be promoted to the ISL with no participation fee, basis fulfilling sporting merit and the national club licensing criteria to be set out by the AIFF. There will be no relegation in the ISL at this time.

* In its recommendation for 2024-25, it is agreed to fully implement promotion and relegation into the top league, and abolition of two parallel leagues.

(With Inputs From AFC)