Italy's Milan And Cortina d’Ampezzo won 47 IOC votes, while competitor Stockholm and Are (Sweden) won 34 of them in their bid for 2026 Winter Olympics. 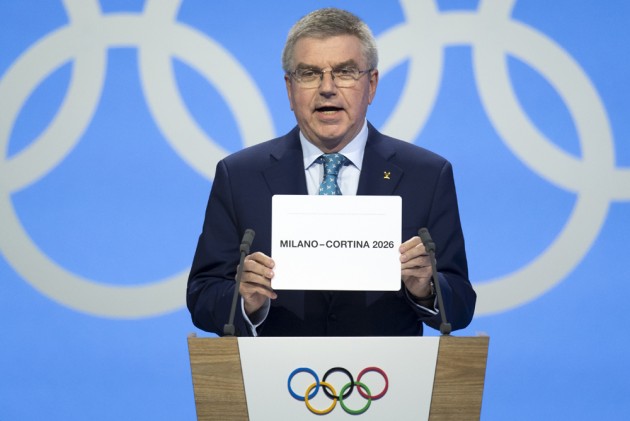 The 2026 Winter Olympics will be staged at the Italian venue of Milan/Cortina d'Ampezzo after beating off a bid from Stockholm/Are in Sweden, the International Olympic Committee said Monday.

Sweden has only hosted the Summer Olympics, in 1912 in Stockholm. IOC members gave the Italian bid the nod by 47 votes to 34.

"It's a historic day and a victory of all Italians," said Italy's interior minister Matteo Salvini.

ALSO READ: I-League To Approach Court If ISL Is Made Top League, AIFF Calls It "Premature And Unfair"

"Thank you to those who believed in it from the beginning, especially in the municipalities and regions, and tough luck for those who gave up and who did not believe."

"Congratulations to Milan/Cortina d'Ampezzo. We can expect a great and memorable Winter Games in a country with a tradition of winter sports," said IOC president Thomas Bach.

"The passion and knowledge of the Italian fans, combined with the experience of organising events, will create a perfect atmosphere for the best athletes in the world."

On the road to the 2026 decision, bids from Calgary, Graz in Austria, Japan's Sapporo and Sion in Switzerland fell by the wayside, mainly because of concerns over the cost or a lack of popular support.

A bid by the Turkish ski resort of Erzurum was ruled out by the IOC in October 2018.

The bid by Stockholm and the Are ski area -- which hosted the World Ski Championships in February - had appeared to be running out of steam a few months ago due to a lack of funding commitments before the government swung behind it.

The 2022 Winter Olympics will be staged in Beijing.