Novak Djokovic could not deny the remarkable Rafael Nadal, who secured yet another title in Rome on Sunday 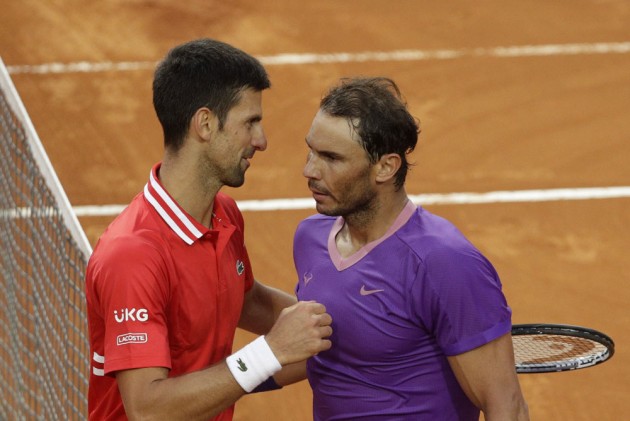 It marked a first Masters 1000 triumph of the year for Nadal, who improved to 4-2 in the finals he has played against Djokovic at the Foro Italico venue.

Victory also secured Nadal a 36th Masters 1000 crown, moving him level with Djokovic's all-time record since the series was established in 1990.

Djokovic spent almost five hours on court on Saturday in his rain-delayed quarter-final against Stefanos Tsitsipas and subsequent semi-final triumph over Lorenzo Sonego, but he showed no signs of fatigue in the opening stages in Rome.

The Serbian broke in Nadal's first service game to go 2-0 up, although Spaniard Nadal hit back in the next game before levelling matters at 2-2.

Nadal then broke again, taking advantage of an unconvincing service game from Djokovic at 5-5 on his way to sealing the opening set in one hour and 15 minutes.

Djokovic survived a break point at 1-1 in the second set, before breaking Nadal in the next game to move 3-1 ahead.

The Serbian reeled off five games in a row in all, setting up set point with his fifth ace of the match. He forced a backhand error from Nadal to take the second set in 43 minutes.

Nadal saved two break points at 2-2 in the final set, which provided him with the confidence to break to love and open up a 4-2 lead.

He sealed victory in two hours and 50 minutes, converting his second championship point when Djokovic sent a backhand long.