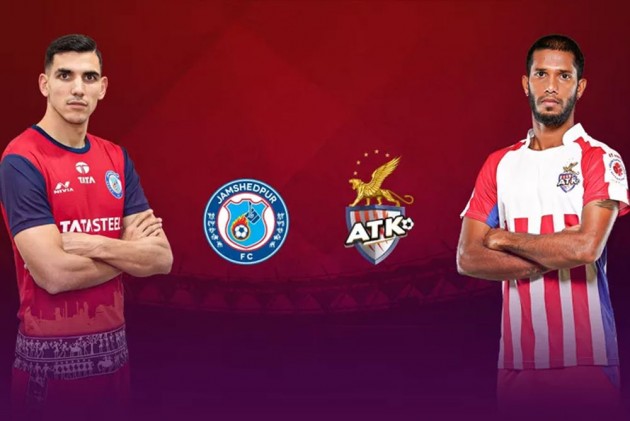 Their chances of a top-four finish becoming increasingly difficult, Jamshedpur FC will desperately need a win when they host a high-flying ATK in their Indian Super League match at Jamshedpur on Sunday.

Jamshedpur have suffered four defeats in their last five outings and need to pick up as many wins as possible in their final five games to make it to the play-offs.

"Yes, we think we still have a chance to make it to the play-offs. The match is probably the most important match of the season because we are playing against a great team. It is a big challenge for us. It is probably our last chance to fight for top-four," said head coach Antonio Iriondo.

Sergio Castel has been in good form having scored twice in as many games since his return from injury. However, in the absence of the experienced Tiri, the home team does not have a recognised foreign centre-back as Memo, who is a midfielder by trade, has been filling in.

Coming into this tie on the back of a 1-1 defeat in Chennai, the onus will be on the home side to show some fight. Farukh Choudhary has a single goal this season after starting the campaign on a brighter note.

ATK have to close the gap at the top of the ISL table with FC Goa and Bengaluru FC also chasing the top spot which guarantees an automatic berth into the AFC Champions League group stage next season.

The good news for the visitors is that David Williams is back in contention for a start after missing their last three games due to injury.

What would please Habas is that they have just conceded 10 goals, which is second-best in the league this term. The trio of Pritam Kotal, Agus and Sumit Rathi have done an exceptional job at the back for the Kolkata outfit.

They are also prolific with 24 goals, second only to FC Goa's 32. Mandi is back after serving a one-game suspension which would give more options to Habas.

ATK are deadly with their through balls, with Roy Krishna and Williams' pace a big weapon. Jamshedpur will need to be wary of this aspect of ATK's game and ensure their midfielders do not get enough time and space on the ball.

While Jamshedpur look to keep their hopes of a play-off spot alive, ATK are looking to bridge the gap at the top.