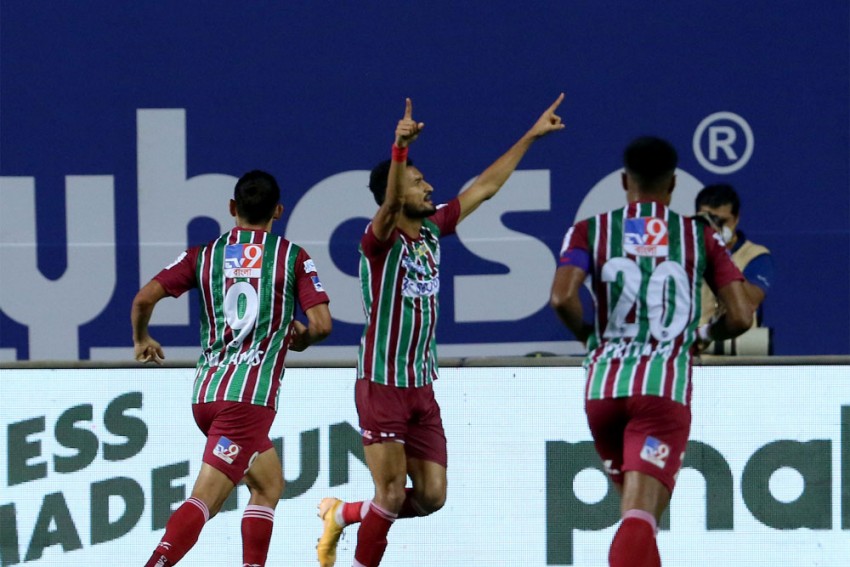 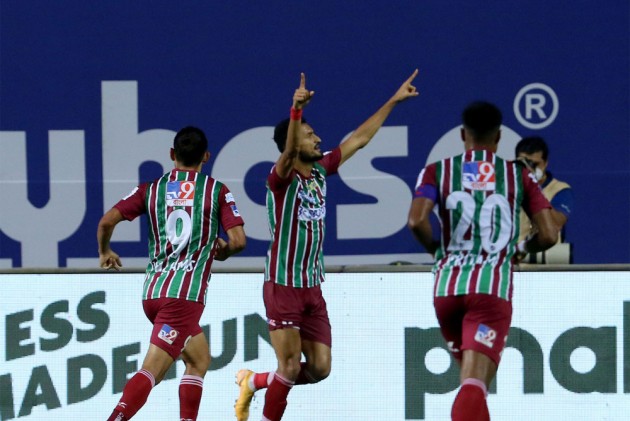 Despite trailing twice in a high-pressure clash, league leaders ATK Mohun Bagan fought their way out as they played out a thrilling 2-2 draw against 10-man Hyderabad in the Indian Super League (ISL) at the Tilak Maidan Stadium, Goa on Monday. (More Football News)

Aridane Santana (8’) put Hyderabad up ahead before Manvir Singh (57’) restored parity for ATKMB. The Nizams once again took the lead through substitute Roland Aalberg (75’) before Pritam Kotal (90+2’) found the net late on to help Bagan snatch a crucial point.

The result means that Bagan will have to wait for either Mumbai City FC to drop points in their next game or deny the Islanders a win in their last game to secure the League Winners Shield. A win here would have handed Bagan the title.

Hyderabad made a disastrous start to the game as Chinglensana Singh was sent off as early as the fifth minute.

Intercepting a clearance from Odei Onaindia, David Williams raced towards goal with only the keeper to beat before being brought down by Chinglensana outside the box. The center-back was immediately handed his marching orders.

But it was Hyderabad who broke the deadlock. Santana pounced on a loose back pass from Kotal and fired a first-time shot. Subhasish Bose failed to clear the ball over the line and the ball snuck into goal after hitting the far post.

With a numerical advantage, the Mariners eventually grew into the game but HFC‘s defence stood tall. Keeper Laxmikant Kattimani hardly broke a sweat as Bagan failed to register a single shot on target in the opening half.

Bagan have been the kings of the second half — scoring the most goals during this session — and they proved that again.

Williams won the ball and found Manvir, who unleashed a powerful strike which Kattimani had no answer to.

But HFC took the lead again. Santana, the goalscorer, turned creator as he flicked the ball from a throw-in towards Alberg, who slotted his effort into the bottom corner.

As ATKMB pushed on for an equaliser, Kotal who was guilty of conceding the opener, managed to redeem himself. Jayesh Rane’s cross was saved by Kattimani, but the ball hit the Bagan captain and went in.

SC East Bengal Vs NorthEast United FC, Live Streaming: When And Where To Watch ISL 2020-21, Match 104