Is This A Battlefield? Horrible Playing Ground For Mumbai District Football Association's U12 Tournament: WATCH

A video posted on Twitter showed the horrible playing conditions of the Mumbai District Football Association's YPL U12 Tournament, hosted at the MSSA Ground in Churchgate. 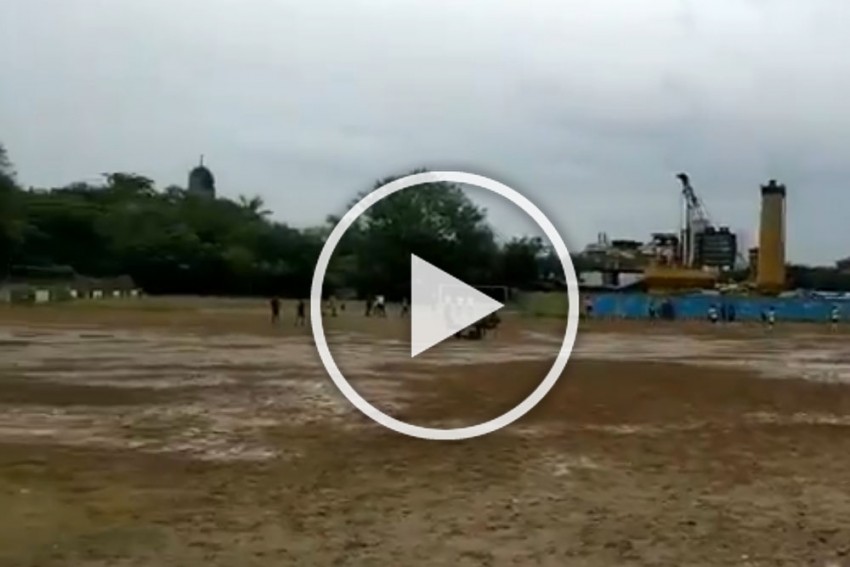 A coach based in the city shared a video via Twitter, showcasing the ground's horrible condition.
Twitter
Outlook Web Bureau October 23, 2019 00:00 IST Is This A Battlefield? Horrible Playing Ground For Mumbai District Football Association's U12 Tournament: WATCH 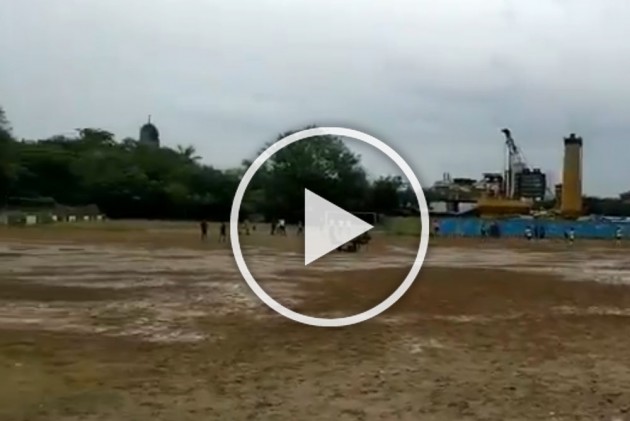 Its another day in India, just like any other regular one, where children are being forced to participate in sporting events in abysmal conditions. The latest one to join the list is Mumbai District Football Association's YPL U12 Tournament, hosted at the MSSA Ground in Churchgate.

A coach based in the city shared a video via Twitter, showcasing the ground's horrible condition. The ground hardly has any grass and looks straight out of a war movie. One half of the ground is being used to play two 9v9 matches, meanwhile, the other half is being used by the Mumbai Metro! Yes, you read that right! A ground is hosting football matches, simultaneously with construction work in the other half of the pitch.

So here's how the #MDFA YPL U12 tournament has been organised at the MSSA Ground in Churchgate.

If that wasn't enough, look at the condition of the ground.(1/6) pic.twitter.com/glL0a1FtOd

The U12 YPL tournament is organised once a year by MDFA, with plenty of teams participating in it. This year, the tournament has 71 participating teams. Each team also pays a participation fee of Rs. 10,000. Through the fees, the board receives a total of Rs. 7,10,000 from the teams. According to reports, most of the money is spent on match officials (two per match), with players not receiving any refreshments of any kind.

According to participating players and coaches, markings are hardly visible on the ground, which is necessary for a football match. Also according to reports, the association are not having to pay any fee for the ground, as it is free of cost. Also, the MDFA owns a ground in Bandra called Neville D'Souza which is better, and can be used for such competitions. The city also has plenty of decent grounds, particularly in Churchgate. Also, a normal football ground in Mumbai is rented out at Rs 2,000-3,000 per hour, but can be reduced if booked for the whole day.

Also, a recent U12 Tournament was held in this ground. It was a 11v11 match, played in half of the field, with the ball hardly staying on the ground for more than five seconds due to its horrible state.

With India trying hard to climb the FIFA rankings, and social media boasting that grassroots development is on the rise, we still have to go through situations where children are made to play in conditions, which could snatch away their interests in sports. Children should not be forced to play in such conditions, which could also lead to injuries and end careers before they have even started.