Shahrukh Khan Wants To Play For India, Says IPL Has Been Springboard For Many Cricketers

Shahrukh Khan grabbed attention with some power-packed performances as a finisher for Tamil Nadu in the domestic T20, and now he has a found bigger platform in IPL 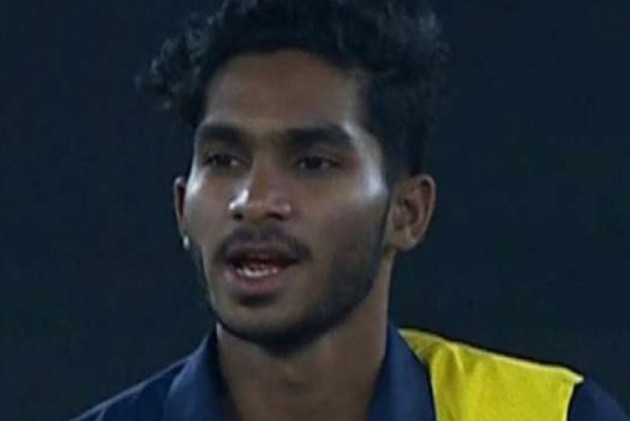 Named after a Bollywood icon, drawing attention was no big deal for Tamil Nadu cricketer M Shahrukh Khan but what fetched him an IPL contract worth Rs 5.25 was purely his big-hitting prowess that he displayed during the recent Syed Mushtaq Ali Trophy.

The 25-year old Tamil Nadu all-rounder had a base price of Rs 20 lakh but Punjab Kings very happily shelled out a huge sum to secure his services after a fierce bidding on Thursday.

He grabbed attention with some power-packed performances as a finisher for Tamil Nadu in the domestic T20 event which his team eventually won.

After his blistering 49 off 19 balls took TN past Himachal Pradesh in the quarterfinal from a tricky situation, his 7-ball 18 helped the team seal the title against Baroda.

He then attended trials with Rajasthan Royals, Kolkata Knight Riders and the Punjab franchise and it's clear he did make an impression.

"This year I had no expectations. To be frank I had nothing in my mind (about the auction). People were taking about the chances of me getting an IPL contract but I did not pay too much attention to it," he told PTI.

"The IPL is a very big stage for any cricketer. Here, you get to play against and alongside the big names in international cricket. There is a lot to learn by just interacting with them and watching them.

"It has been the springboard for many cricketers to move on and play for the country," the TN batsman, who admires New Zealand captain Kane Williamson for on his on-field style, said.

Named after the actor on the suggestion of his mother's cousin, a huge Shahrukh Khan fan, the right-hand batsman is seeking to create an identity of his own.

His prospects of bagging an IPL contract were played up a couple of years ago but that didn't happen and resulted in disappointment.

"I was disappointed, if I tell you I wasn't (disappointed) I would be lying," he said. "But overcame it well. Instead of brooding over it, I just thought about what next."

Shahrukh, who made his first-class debut in 2018 after having played for the state in List A and T20s in 2014, rose through the ranks. He was a star in school cricket in Chennai and featured in the competitive TNCA League aged 13.

"But the stepping up to the next level, playing for Tamil Nadu was a different challenge," he said.

After his efforts in the TNPL, he came back in the Tamil Nadu team and has made his mark as a finisher in the last two seasons.

He worked on the role as a finisher and that has brought results.

"I was aware that I had to keep working on my role. Being a finisher meant one has to keep improving skills because a batsman can get found out soon. I have worked on my skills and focussed on hitting areas. There are still areas to improve, am just aiming to improving each day," he added.

He also said his trainer Azhariah Prabhakar, with whom he has worked since the age of 15, had helped him get stronger, both physically and mentally.

"I will continue working with him and try to keep improving."