RCB's Harshal Patel won both Most Valuable Player of the Season and Purple Cap for his 32 wickets in 15 games in IPL 2021. 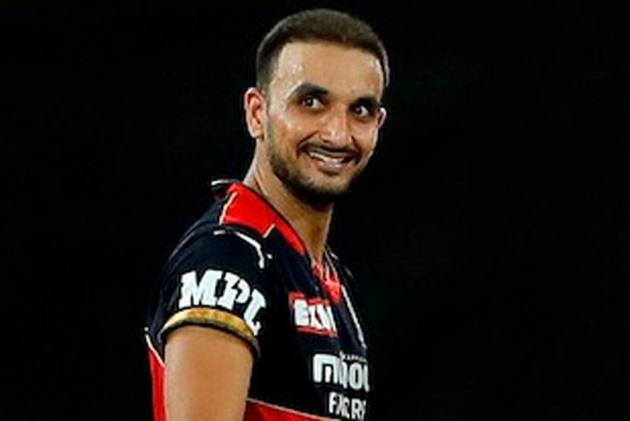 Royal Challengers Bangalore's pacer Harshal Patel became the first-ever uncapped player to win the Most Valuable Player (MVP) award in the Indian Premier League (IPL) after his 32-wicket haul in the 2021 edition of the world's most popular T20 cricket league.

His 32 scalps this season remains a record for uncapped players, and is the joint-most with Dwayne Bravo (CSK, 2013) for the most in a single season.

The 30-year-old, who swept the individual honours, also became the third Indian player to take the MVP award after Sachin Tendulkar (2010) and Virat Kohli (2016).

Following is a list of individual honours that were awarded away at the end of the 14th IPL, in which Chennai Super Kings emerged as the champions after beating Kolkata Knight Riders in the final.

#Gamechanger of the Season, Most Valuable Player of the Season and Purple Cap: Harshal Patel (Royal Challengers Bangalore) for 32 wickets in 15 games, the most this season, including one five-wicket haul, and one four-wicket haul.

#Emerging Player of the season and Orange Cap: Ruturaj Gaikwad of the Chennai Super Kings for his 635 runs, including four half centuries and one hundred.

#Catch of the Season: Ravi Bishnoi (Punjab Kings) for taking Sunil Narine's catch in Ahmedabad with a full length dive at deep mid-wicket.

#Super striker of the season: Shimron Hetmyer (Delhi Capitals) for his strike rate of 168.

#Most Sixes in the Season: KL Rahul (Punjab Kings) with 30 sixes.