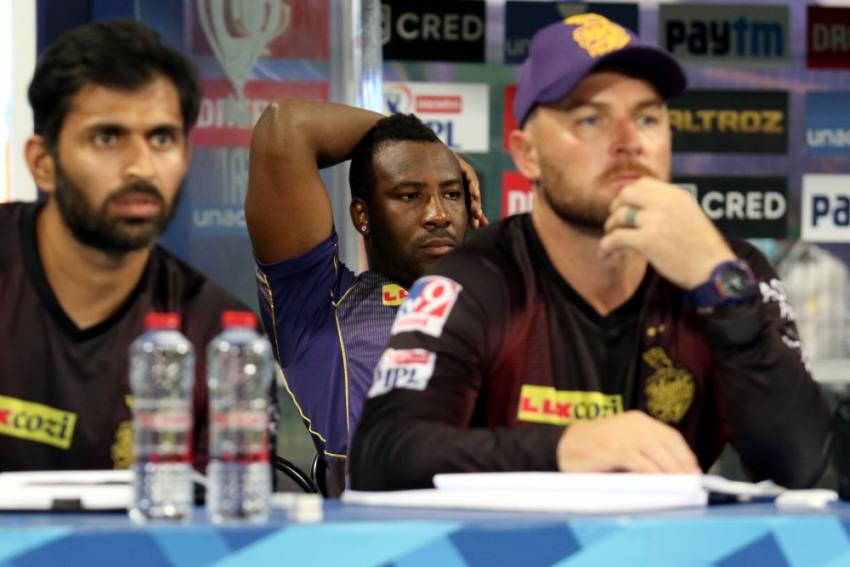 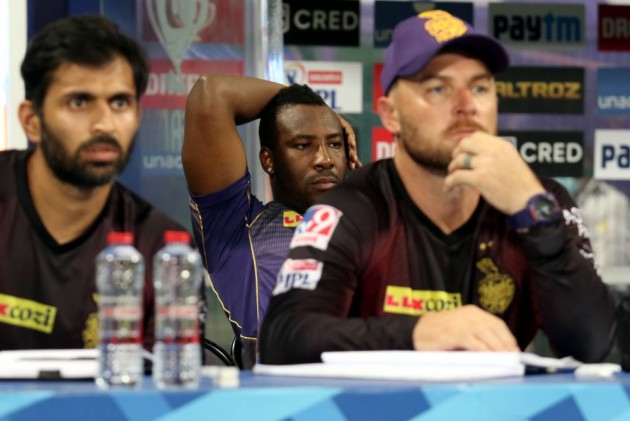 Both teams had their batsmen among runs and yet somehow while KXIP contrived to lose matches from advantageous positions, KKR had a whole lot of struggling players who repeatedly exposed the cracks in the team.

Kings XI Punjab peaked at the wrong time. Losing at least three matches from winning positions finally cost them a spot in the playoffs. It is ironic that a team whose three of the top five batsmen were consistently prolific, did not make the playoffs. And then two losses towards the end of league stages did them in. (RESULTS)

Kolkata Knight Riders were in the mix till Sunrisers Hyderabad took apart Mumbai Indians by 10 wickets to canter into the last-four.

Yet, KKR struggled throughout the season. Till their last game, Kolkata Knight Riders did not what was their perfect playing XI. It was more of a topsy-turvy ride and the former champions certainly did not deserve to enter the playoffs. It was poetic justice that SRH did.
Here is a look at Kolkata Knight Riders and Kings XI Punjab fared in IPL 2020.

KKR - finished 5th (7 wins from 14 matches, knocked out on NRR)
Injuries and lack of form by key players did KKR in. Although the likes of Eoin Morgan, who was made captain mid-season, and Shubman Gill provided starts and also set targets, Sunil Narine's struggles with bat and ball, Andre Russell injuries and lack of intensity and Dinesh Karthik's inability to handle pressure were enough to make KKR unstable. Patches of brilliance from Nitish Rana and Rahul Tripathi generally went in vain.

Varun Chakravarthy: The 29-year-old spinner from Tamil Nadu managed to impress everyone to bag a place in the squad for India’s tour of Australia. The highlight of his season was a 5 for 20 against Delhi Capitals. With 17 wickets and an economy rate of 6.84, Varun Chakravarthy was easily KKR's MVP (Most Valuable Player). Eoin Morgan: The World Cup-winning England captain replaced Dinesh Karthik as skipper mid-season, Morgan did well as batsman to score 418 runs. As a skipper he did shoulder the responsibility and gave his side a good chance of qualifying with a quickfire knock in the must-win match but the equations did not favour KKR at the end of the day.

Shubman Gill: The young Punjab opener was again among the most reliable batsmen for KKR. Gill was the top-scorer with 440 runs. He scored three fifties but in the crunch games towards the end, he could have done better and batted deeper.

Sunil Narine: His failure with bat and ball meant that the team was unbalanced for most of the season. He was also called for a suspect bowling action. Although KKR promoted the West Indian as an opener, the move failed. It was one of the many reasons that pinched KKR.

Andre Russell: When he was fit to play, the muscular West Indian looked to be out of touch. His big-hitting did not work and Russell looked rusty despite coming at the back of the Caribbean Premier League. Then an hamstring injury ruled him out action. Players like Russell will always be a gamble but then that's the nature of IPL.

Dinesh Karthik: Except for couple of cameos and some diving catches behind the stumps, the KKR veteran was completely stumped in this IPL. He couldn't handle captaincy and never inspired the team at any stage of the competition.

KKR will be confronted with several questions going into the auction in about two months time or may be, earlier. Brendan McCullum's first season as head coach of an IPL team was a complete disaster. The Kiwi put up a smiling face throughout the tournament but deep within, he knew that there is a lot of work to be done.

Kings XI Punjab can only blame themselves for their sixth-place finish. An umpiring blunder - one short run - may have cost them two points against Delhi Capitals, but when a team can't defend 224 runs and loses (to KKR) needing just 24 runs with nine wickets in hand, then something was certainly amiss in KL Rahul's planning. 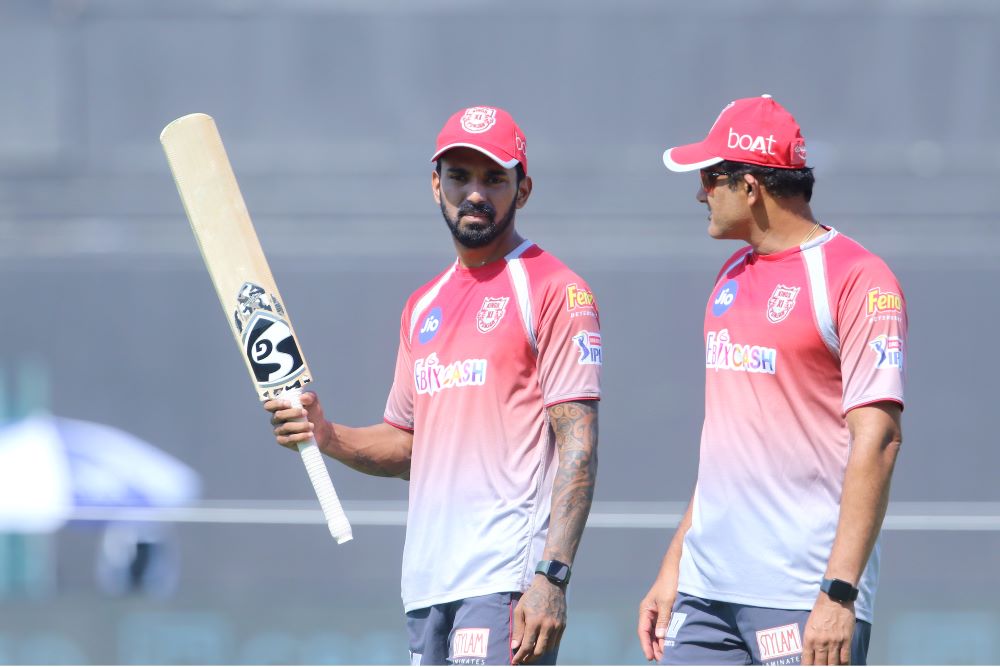 KXIP skipper KL Rahul could tap into the vast experince of Anil Kumble in the dressing room. Photo: BCCI

KXIP struck a purple patch after Chris Gayle joined the team after fighting off a stomach bug. The hopes of a playoff berth soared but it was only just. Maxwell's failure as an all-rounder hurt KXIP's chances. The Australian was out of form and when Rahul needed him to fire, he was a failure.

KL Rahul: The ex-RCB batsman led from the front scoring 670 runs that included an unbeaten 132. Rahul showed flashed of good captaincy and with another Bangalorean - Anil Kumble, to guide him in the dressing room, that was the biggest return for KXIP this season. Rahul replaced Rohit Sharma as India's vice-captain on the tour of Australia and that was certainly a big feather in his cap.

Mayank Agarwal: He has matured as an opening batsman in T20 and scored 424 runs in 11 matches. The Karnataka lad served the team well. He was effortless and fluent enough to give the side consistent starts. An injury set him back but Gayle and Nicholas Pooran filled in admirably.

Mohammad Shami: The Bengal pacer took 20 wickets. Quick and relentless, Shami was spot on with his death bowling. But he also went for runs at crucial junctures, Overall, Shami proved to be a good asset. Glenn Maxwell leads this list. Maxwell scored 108 runs in 13 matches and took three wickets. KXIP's return from the third and fourth overseas players were rather low. Chris Jordan and Sheldon Cottrell struggled with consistency. That meant there was less support for Mohammad Shami from the other end.

The future looks good if Kings XI Punjab can repose faith in their young and upcoming crop of bowling all-rounders. Arshdeep Singh, the under-19 Indian pacer, showed fire in his belly and his attitude in a T20 pressure game has been well noticed. Ravi Bishnoi loves to give the ball some air and having a leg-spinning guru in the dressing room will certainly help going forward.

Delhi Capitals vs Sunrisers Hyderabad, IPL 2020, Qualifier 2: Where to Get Cricket Live Streaming of DC vs SRH