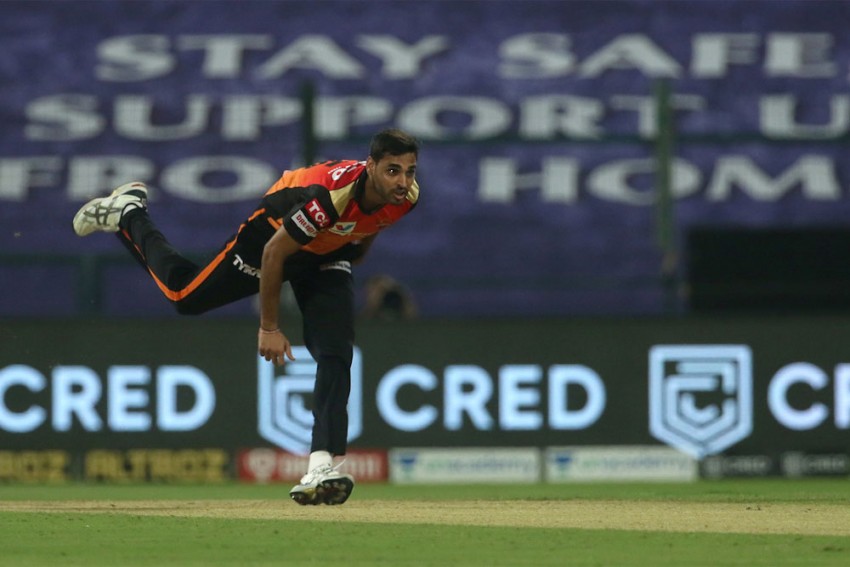 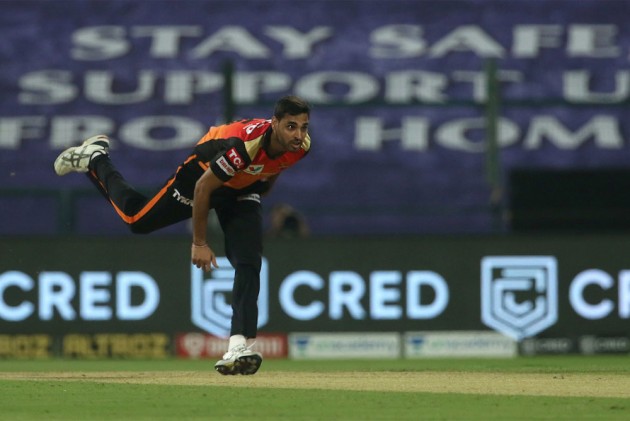 Unheralded left-arm pacer Prithvi Raj Yarra was on Tuesday named as replacement for Sunrisers Hyderabad's senior pacer Bhuvneshwar Kumar, who has been ruled out of the ongoing IPL due to a thigh muscle injury.

Bhuvneshwar sustained the injury while bowling the 19th over of Chennai Super Kings' innings during their October 2 clash in Dubai and hobbled out of the field after just one delivery.

Sunrisers Hyderabad confirmed on Tuesday that the India pacer will not take further part in the tournament and he will be replaced by the 22-year-old Prithvi Raj.

"Bhuvneshwar Kumar is ruled out of #Dream11IPL 2020 due to injury. We wish him a speedy recovery! Prithvi Raj Yarra will replace Bhuvi for the remainder of the season," Sunrisers Hyderabad wrote on their twitter handle.

Bhuvneshwar Kumar is ruled out of #Dream11IPL 2020 due to injury. We wish him a speedy recovery!

Prithvi Raj Yarra will replace Bhuvi for the remainder of the season.#OrangeArmy #KeepRising

The Andhra Pradesh bowler, who has taken 39 wickets in 11 first-class matches, is expected to join the Sunrisers squad soon in the UAE.

According to a BCCI source, Bhuvneshwar suffered either a grade 2 or 3 injury and could be out for at least 6 to 8 weeks, effectively ruling him out of India's tour of Australia at year-end.

He went for 28 runs in his two overs in his last IPL match against Rajasthan Royals at Kolkata in April, 2019.