Shane Watson was in a murderous mood during the KXIP vs CSK match of IPL 2020, and the Aussie all-rounder hit Ravi Bishnoi for a monster six 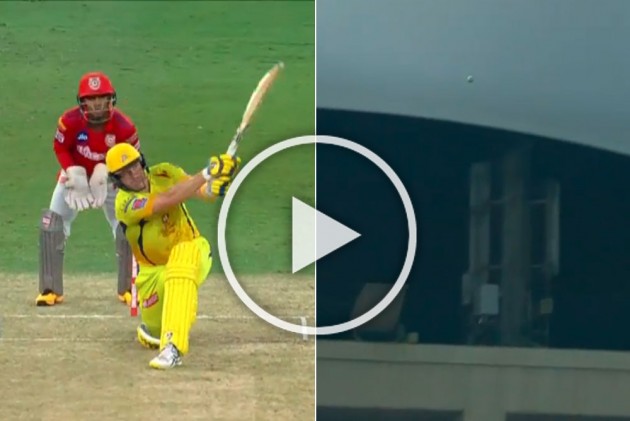 Chennai Super Kings opener Shane Watson finally found his touch by scoring a half-century to give the team a confident start to the chase against Kings XI Punjab during the 18th match of the Indian Premier League (IPL) 2020 in Dubai on Sunday.

During his knock, the Aussie all-rounder also hit the season's biggest six, a 101 metre long maximum off Ravi Bishnoi in the ninth over.

Earlier, KXIP skipper KL Rahul won the toss and opted to bat first. Rahul led from the front by scoring 63 off 52 balls and helped set a target of 179 runs for Chennai.