Shane Watson and Faf du Plessis scored unbeaten 181 for the opening wicket to help CSK rout KXIP by 10 wickets in a crucial IPL 2020 tie. Highlights of KXIP vs CSK here 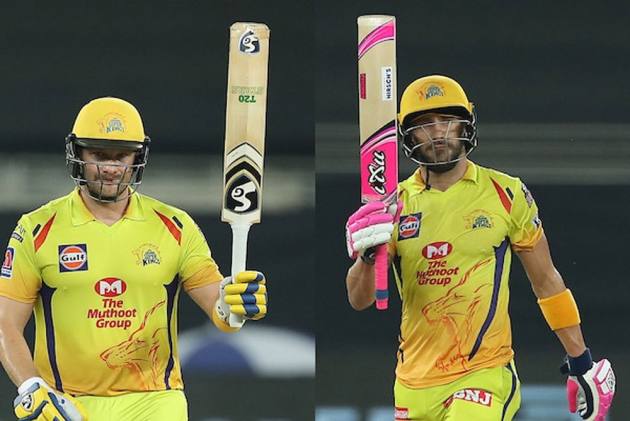 After losing three back-to-back matches, three-time champions Chennai Super Kings (CSK) hit back with a stunning 10-win over Kings XI Punjab (KXIP) in the 18th match of Indian Premier League (IPL) 2020 at Dubai International Cricket Stadium, Dubai on Sunday. And setting up the seemingly impossible win were international veterans - Shane Watson and Faf du Plessis, who put up an unbeaten 181-run stand in just 17.4 overs. The Aussie all-rounder scored an unbeaten 83 off 53 with the help of three sixes and 11 fours. His opening partner from South Africa, Faf also hit 11 fours but settled with only six for his 87 off an equal number of deliveries. Earlier, KL Rahul won the toss and opted to bat. He led from the front, scoring 63 off 52. But they lost momentum towards the end of the innings with Shardul Thakur getting Rahul and Nicholas Pooran (33noff 17) off successive deliveries in the 17th over. The win helped MS Dhoni & Co climb out of the bottom of the IPL table. They now have two wins from five matches and are placed sixth with four points. It means, KXIP have taken their place at the bottom with two points from five matches.