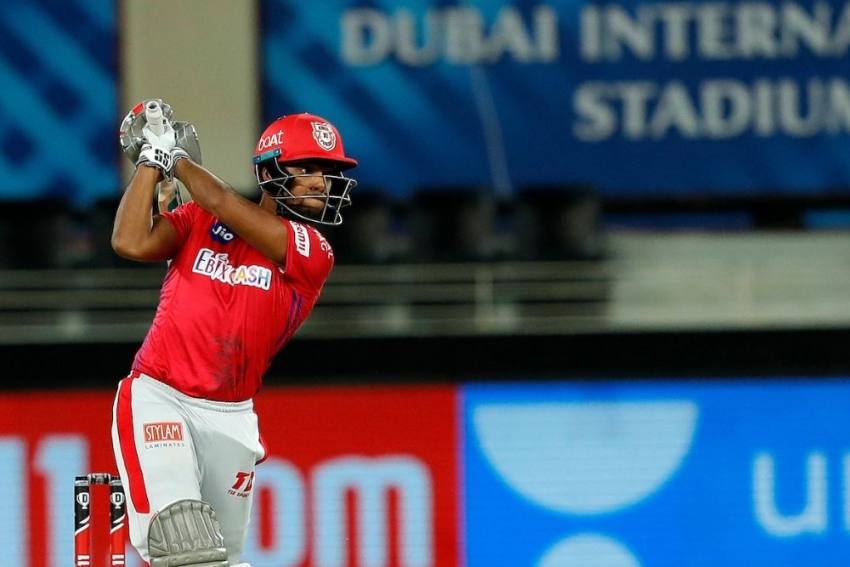 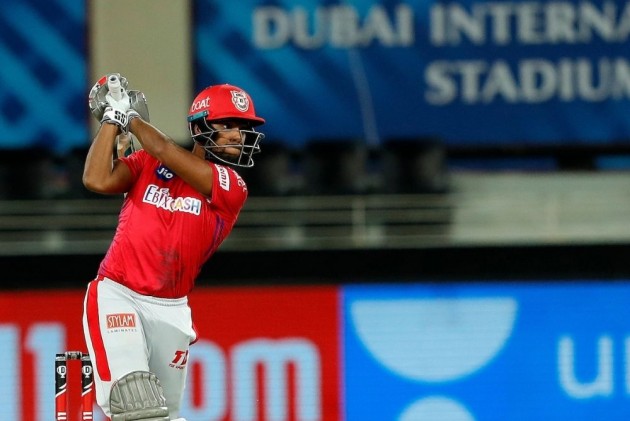 Kings XI Punjab are riding their West Indian recruits Chris Gayle and Nicholas Pooran to boost their chances of clinching a spot in the IPL 2020 play-offs.

On Tuesday night in Dubai, Nicholas Pooran guided KXIP to the doorsteps of an emphatic five-wicket win against IPL 2020 pacesetters Delhi Capitals with a classy 53 after Universe Boss Chris Gayle lighted the fuse with a typically 13-ball 29.

A third West Indian was mighty pleased to see Kings XI Punjab triumph in Dubai on Tuesday night. This Caribbean legend, sitting in the studious in Mumbai, has a few international runs under his belt and has been a priest of grace and touch at his prime.

Analysing the KXIP vs DC match on Star Sports, Brian Lara was all praise for a fellow Trinidadian, Pooran.

The 25-year-old Pooran, whose cricket career was at stake after a debilitating road accident, put his hand up on a day when KXIP's batting mainstay skipper KL Rahul and Mayang Agarwal fell cheaply.

Pooran was under tremendous mental pressure. He featured in a run out that saw the back of the in-form Agarwal, although technically he was not at fault -- it was the striker's (Pooran) call. 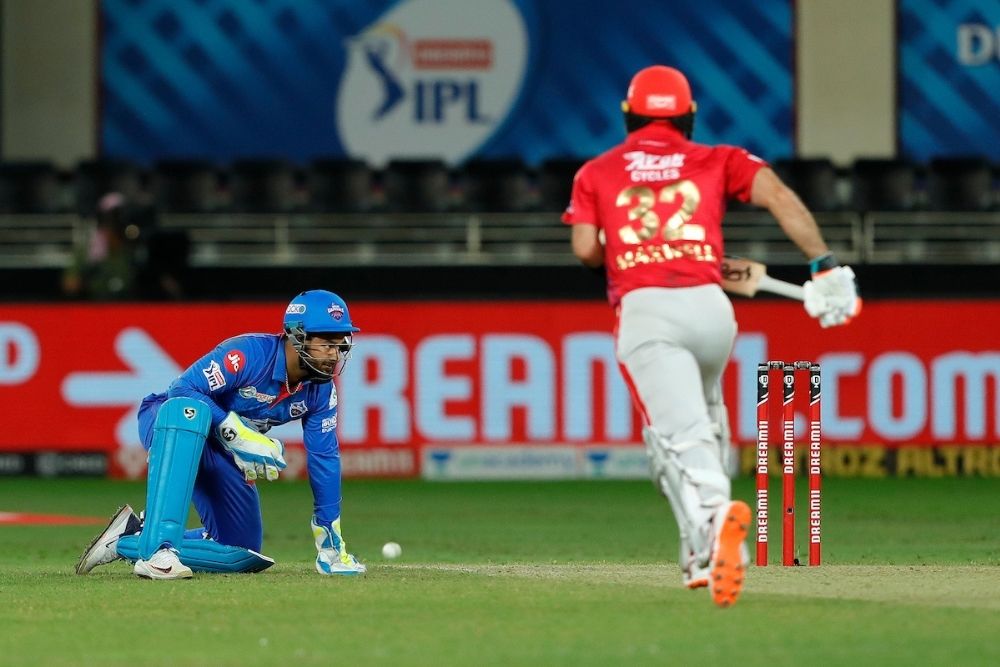 That dismissal obviously weighed on Nicholas Pooran's mind. Towards the end of the eighth over, he was lucky to escape another horror mix-up. This time, Glenn Maxwell sent Pooran back and Rishabh Pant's diving flick missed the stumps.

In a post-match chat, Pooran blamed "poor communication" for the mix-ups.

That run-out miss by DC, was probably the turning point of the game and the slice of luck that KXIP and Pooran badly needed.

Had Pooran been out run out, Kings XI Punjab would have crashed to 70 for four and with unreliable Maxwell at the crease and not much batting to come, it would have been an arduous task.

After that, Pooran was all power and grace of a quintessential left-hander. He scored 42 runs off the next 19 balls and when he exited in the 13th over, Kings XI Punjab were 125 and needed 40 runs from 45 balls.

It is this grammar-book approach to play the drives, pull and cut that wins praise of legends like Lara and Sachin Tendulkar. Agarwal and Rahul, the most successful opening pair in this edition of the IPL, too have built their innings on run-scoring strokes that centre around timing and placement.

Some power packed shots played by @nicholas_47.
What a clean striker of the ball he has been. His stance and backlift reminds me of @jpduminy21.#KXIPvDC #IPL2020

"My innings was simple. If the ball was in my zone, I tried to strike it as clean as possible," said Pooran in a post-match chat on TV. 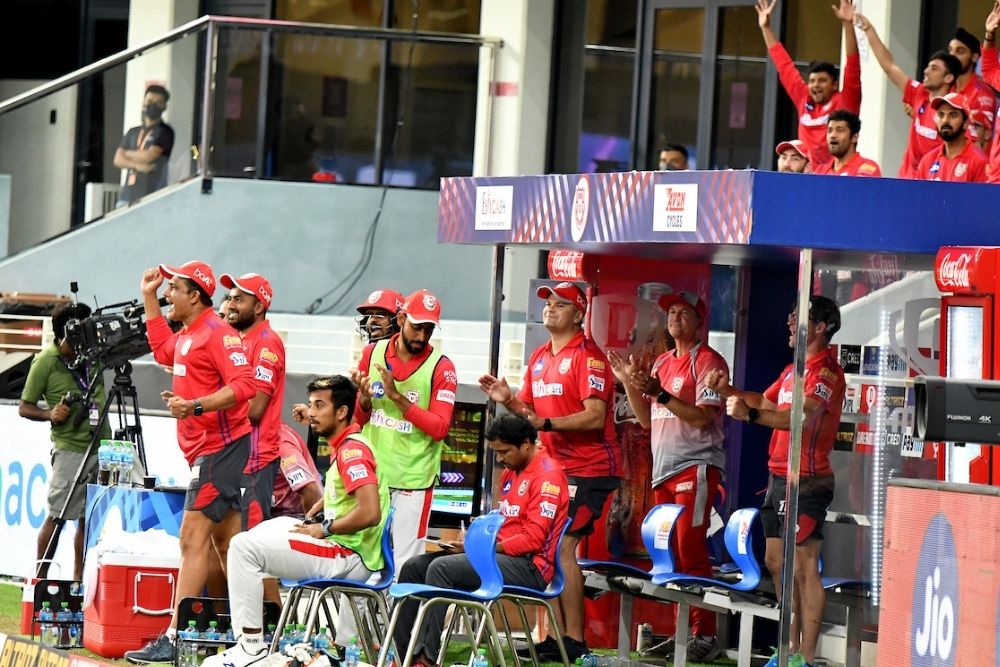 KXIP coach Anil Kumble and the team celebrate the win over Delhi Capitals in Dubai on Tuesday. (Photo: BCCI)

Pooran uncluttered batting clearly highlighted the space traditional batsmanship occupies in modern day cricket. More than anything else, it wins you reliability and trust that a batsman like Andre Russell, who bludgeons the craziest of strokes, cannot.

Lara was happy that Pooran took the responsibility to take KXIP home after the top three -- Rahul, Agarwal and Gayle -- fell early.

"Maxwell was not in form...Nicholas is growing as a player and it's a great time for him. He is understanding his role and I am proud because he is West Indian," said Lara.

The Prince of cricket said Kings XI Punjab ":were turning the corner" and were always in "his top four." KXIP have now defeated the three leading teams in this tournament -- Delhi Capital, Mumbai Indians and Royal Challengers Bangalore.

KXIP are now fifth on the IPL table with eight points from 10 matches. They are two points adrift of Kolkata Knight Riders who play RCB on Wednesday. It will be KKR's 10th IPL 2020 game.