The decision to play Wriddhiman Saha ahead of Jonny Bairstow proved to be a good call for SRH; Rashid Khan's three wickets for seven runs was a gamechanger vs Delhi Capitals 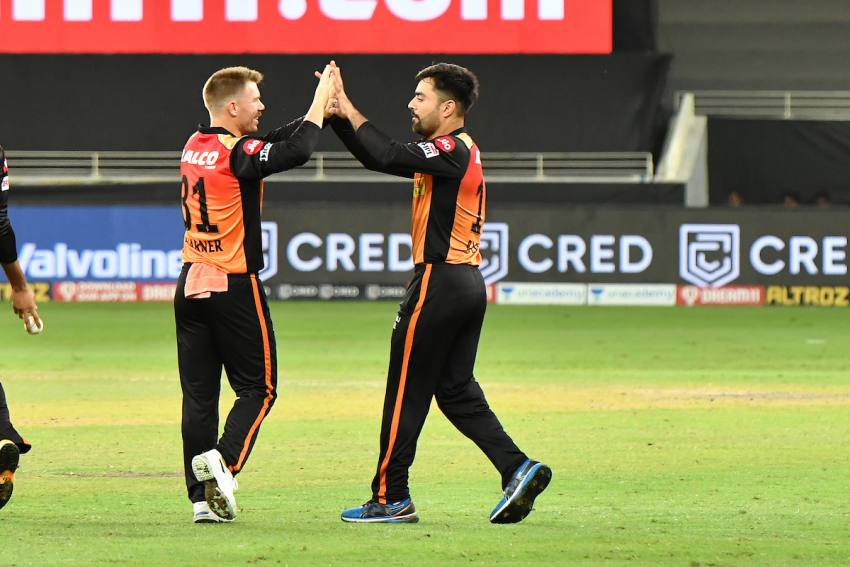 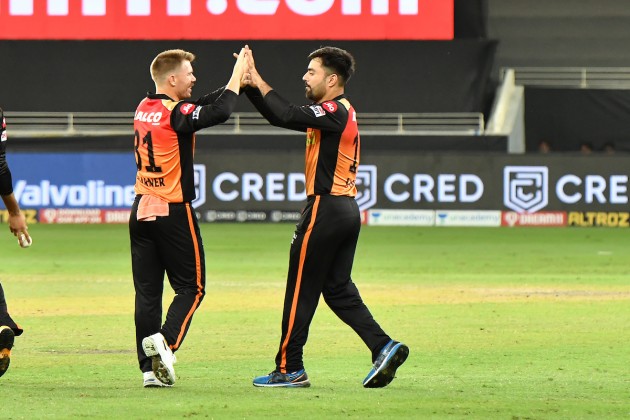 Sunrisers Hyderabad have kept their hopes alive for a spot in the Indian Premier League playoffs with an emphatic 88-run win against Delhi Capitals in Dubai on Tuesday. SRH, who have lost several matches from winning positions, got their act right against Delhi but behind all this was taking some shrewd decision making. (POINTS TABLE | SCHEDULE)

The move to play Wriddhiman Saha ahead of Jonny Bairstow proved to be a masterstroke. Saha opened the innings with skipper David Warner and their 107-run partnership in 9.4 overs put SRH on the path to a solid score

Man of thre Match Saha scored 87 off 45 balls to establish his credentials as a batsman whose classic approach to the game is no less than those who can pummel the ball with bizarre strokes, so typical of T20 cricket.

Saha also featured in a 63-run second wicket partnership with Manish Pandey (44 not out) and against one of the best bowling sides in IPL 2020, this was certainly a laudable effort.

"I got the opportunity for the second time this year and I took chances in the powerplay for the team, and that's it. Initially it was holding a bit and after that it went our way. It's easy to play when there's Warner at the other end. In the powerplay I just play my natural cricketing shots," said Saha in a post-match chat.

"The game before (against Kings XI Punjab), we very disappointed with that chase. We had to take their (Delhi's) fast bowlers on. It was a very tough call (to leave out Bairstow) since he has been playing as well as he has. We felt that inclusion of Kane (Williamson) at 4 would work out. What a knock by Wriddhi. His strike rate in the powerplay is incredible," said Warner.

Warner himself tweaked his batting approach. His 66 off 34 balls was another explosive innings from the Australian.

"I went a little 2009 and opened my front leg to take it on. I took a bit of responsibility at the top of the order, and take it to the bowlers. It's tough to play orthodox cricket in these conditions, so I have to open up 360 degrees and clear these grounds," said Warner, who clubbed eight fours and two sixes.

Delhi Capitals lost their third straight match. Right from Shikhar Dhawan's exit, the batting looked edgy but it was the magic of Rashid Khan that once again did the trick for Sunrisers Hyderabad.

Rashid Khan took three wickets for just seven runs in his four overs and that was enough to choke the Delhi run flow that suffered from a lack of partnerships.

The young Afghan leg-spinner can make look bowling look so simple and his smile after every delivery that beats the bat is so teasing that it can boil a batsman's blood.

"Winning the game was the most important thing. The wicket was helping a lot. What I'm mainly focusing on is to bowl economically, whether I get wickets or not. Dot balls help me to get wickets and it also helps the other end to get wickets. I just go with a clear mind, that's my biggest strength," explained Rashid, who bowled 17 dot balls

Sunrisers Hyderabad are sixth on the IPL table now with 10 points from 12 matches. Interestingly, they have the second best nett run-rate after Mumbai Indians.

Delhi Capitals are in the third spot with 14 points from 12 games, just two points ahead of Kings XI Punjab who are making a late dash with five straight wins already. IPL can't get any better!