Delhi Capitals' (DC) chase of a 186-run target imploded soon after the dismissal of Prithvi Shaw, but Kagiso Rabada defended 10 in Super Over to beat Kolkata Knight Riders (KKR) in their Indian Premier League Match (IPL) 2019 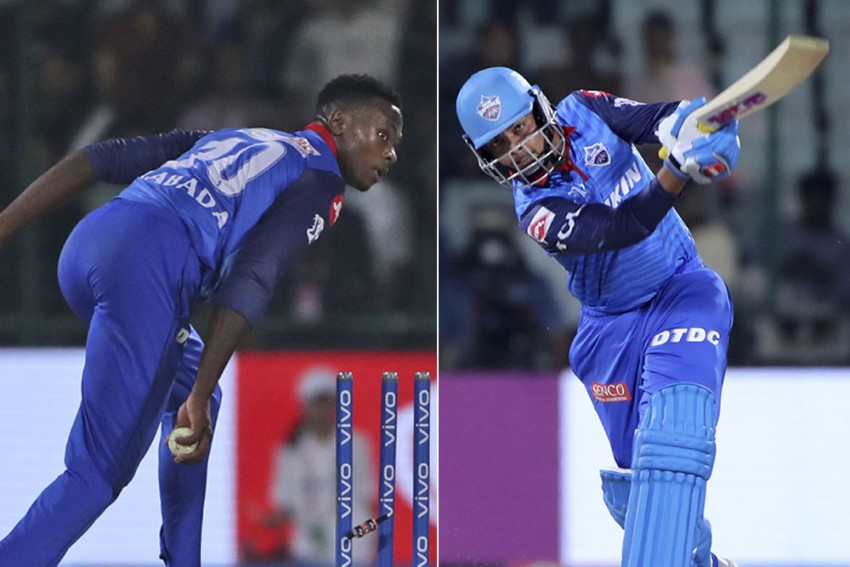 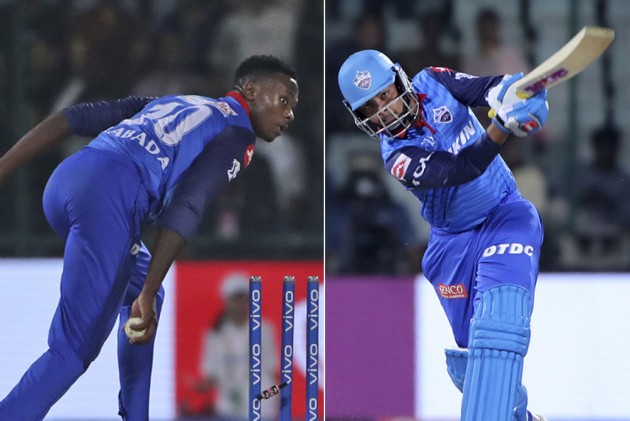 Paceman Kagiso Rabada defended 10 runs in the Super Over to steer Delhi Capitals to a thrilling victory over Kolkata Knight Riders after the home side made heavy weather of a run chase in Delhi on Saturday.

Chasing 186 to win, Delhi Capitals were set up nicely by Prithvi Shaw's 99 off 55 balls but they could not score six runs from the last over, bowled by chinaman Kuldeep Yadav, who held his nerves to give KKR a chance to steal a win.

The Capitals ended their run chase at 185 for 6 in 20 overs, taking the match to Super Over.

The home side managed just 10 runs in the Super Over bowled by paceman Krishna Prasidh but Rabada executed yorkers perfectly to deny KKR.
He removed dangerous Andre Russell with a perfectly placed yorker and did not allow other batsmen, including captain Dinesh Karthik, to free their arms.

KKR needed five off the final ball but managed just one.

Shaw missed out on his century by just one run but steered Delhi Capitals to the doorsteps of a win.

Jamaican Russell had endured a beamer blow but still produced a blistering knock of 62 runs from 28 balls to lift KKR to a fighting 185 for eight from 64 for five at one stage after being put into bat.

Shaw paced his innings superbly. He initially was happy rotating the strike but did not miss when he had the chance to open his arms.

The 19-year-old from Mumbai packed a lot of power in his pull shots and also drove elegantly. He hit 12 fours and three sixes in his 55-ball knock which pushed the home side to the doorsteps of a win.

He was caught in the penultimate over, edging one off Lockie Ferguson while going for a big shot.

The Capitals made it tough for themselves in the last over with Rishabh Pant and others failing to take the side past the finish line.

The home side did not have a flying start and lost Shikhar Dhawan (16) early but shaw and Iyer rotated the strike and also found boundaries in between to keep the required run rate under control.

Shaw's six off Russell, a pull in the mid-wicket, was a treat to watch. He completed his fifty with a six and a four off chinaman Kuldeep Yadav, who was also taken to the cleaners by Iyer.

The partnership ended when Iyer was caught by Shubhman Gill off Russell, two balls after he was dropped by the same fielder.

Later, Shaw added 54 for the third wicket with Rishabh Pant (11).

Earlier, Russell smashed 62 off 28 balls and shared a crucial 95–run stand with his skipper Dinesh Karthik (50 off 36 balls) for the sixth wicket.

The home side dominated a large part of the innings after electing to bowl but Russell and Karthik seized the momentum with their fearless batting.

Russell was hit on his left shoulder by a beamer from pacer Harshal Patel in the 14th over and was on the ground. However, after receiving treatment, he launched an assault on the home bowlers, hitting four fours and six sixes.

KKR collected 84 runs in the last six overs to have a challenging total on the board.

The wicket had good carry and it showed when both Kagiso Rabada and Chris Morris bowled. They did trouble the batsmen with pace and bounce.

Lamichhane too tested the KKR batsmen with his leg-breaks.

Iyer smartly shuffled his bowlers around, mixing pace with spin. Patel got rid of Robin Uthappa (11) and Nitish Rana (1) while Rabada had Chris Lynn (20) caught behind.

The run out of young Shubman Gill only made it worse for the visiting side.

Lamichhane, who had given only 12 runs in his three overs, ended his quota with an expensive over with skipper Karthik and Russell creaming off 17 runs.