Romelu Lukaku and Christian Eriksen were on target either side of Jorge Molina's dreadful penalty miss as Inter saw off Getafe 2-0. 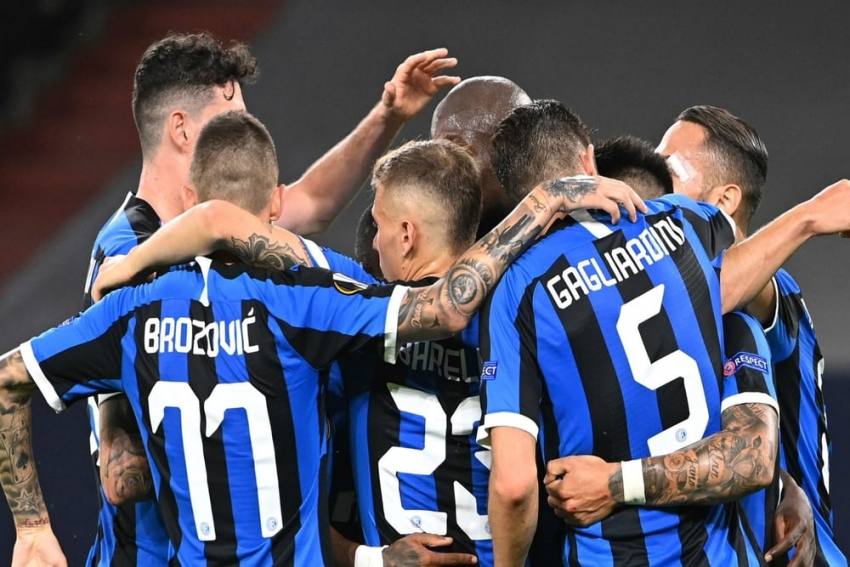 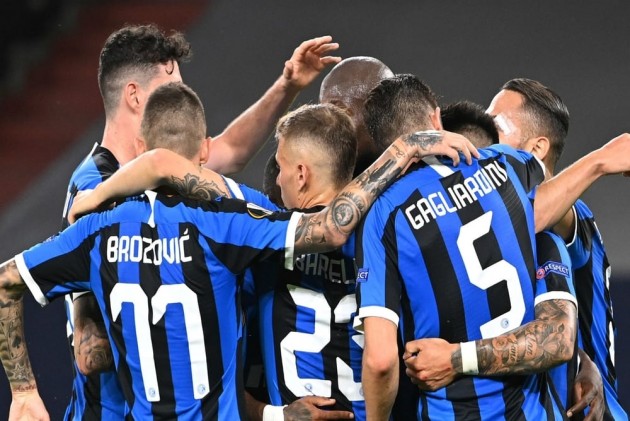 Jorge Molina paid for an awful penalty miss as Romelu Lukaku and Christian Eriksen sent Inter into the Europa League quarter-finals with a 2-0 victory over Getafe.

With Lukaku having opened the scoring for Inter midway through the first half, Getafe veteran Molina had the chance to restore parity with 14 minutes remaining following Diego Godin's handball.

Yet Molina fluffed his lines, hacking his effort embarrassingly wide just seven minutes after coming on as a substitute in Germany, where a one-off tie was played after the coronavirus pandemic delayed the original first leg.

A glaring miss from Lukaku moments later gave Getafe some hope, but Eriksen was on hand to extinguish any chance of a comeback and seal Inter's last-eight spot.

Samir Handanovic was called into action inside two minutes, diving to his left to keep out Nemanja Maksimovic's header, and Alessandro Bastoni's block denied Jaime Mata.

Lautaro Martinez forced David Soria into two fine saves in response, before Lukaku went one better in the 33rd minute, slamming home with a brilliant finish after latching onto Bastoni's pass.

Danilo D'Ambrosio and Godin each almost doubled Inter's lead following the restart, while Handanovic pulled off an excellent stop from Mata's header at the other end.

Getafe were handed a lifeline when the VAR spotted a handball from Godin, prompting referee Anthony Taylor to visit the pitchside monitor and then award a penalty.

But having just replaced Mata, Molina got his spot-kick horribly wrong, sending a terrible attempt a yard wide of the left-hand upright.

Lukaku should have finished things off moments later, only to send a close-range shot wide, but his miss mattered little when substitute Erisken struck from eight yards out to compound Getafe's misery.

What does it mean? Inter going for gold

Antonio Conte's side struggled to maintain a Serie A title bid, despite ultimately trailing champions Juventus by only a point, but they look well placed to challenge for the Europa League crown.

Inter are undoubtedly one of the strongest sides left in the competition and, with Lukaku leading the line, have every chance of capping the season with silverware.

It has been some first season at Inter for Lukaku, and with his finely taken opener, he became the first player since Alan Shearer - in 2004-05 - to score in eight straight Europa League or UEFA Cup appearances. He will be aiming to put his name into the record books outright next time out.

8 - Romelu #Lukaku has scored in his last eight Europa League matches, equalling the longest streak in the competition (including UEFA Cup) set by Alan Shearer in 2005. Sniper. #InterGetafe pic.twitter.com/jyjKLRYZ15

With Getafe's star striker Mata having failed to make his mark, Jose Bordalas turned to Molina from the bench. However, just seven minutes after coming on, the 38-year-old fluffed his lines from the spot, costing his side the chance to continue their European adventure.

Inter will face either Rangers or Bayer Leverkusen in the last eight on Monday, while Getafe's attention turns to the 2020-21 LaLiga season