The shooters were to get vaccinated before leaving for Zagreb, Croatia on May 11 to participate in the European Championship 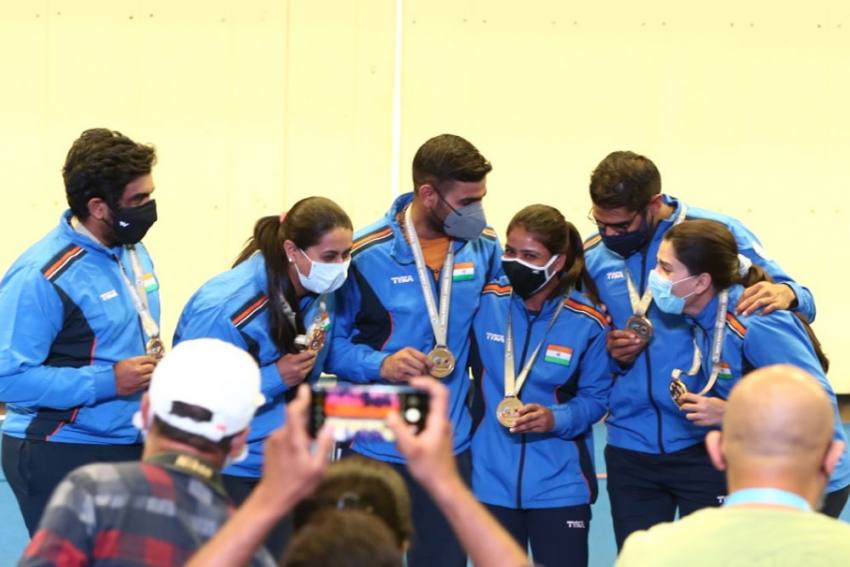 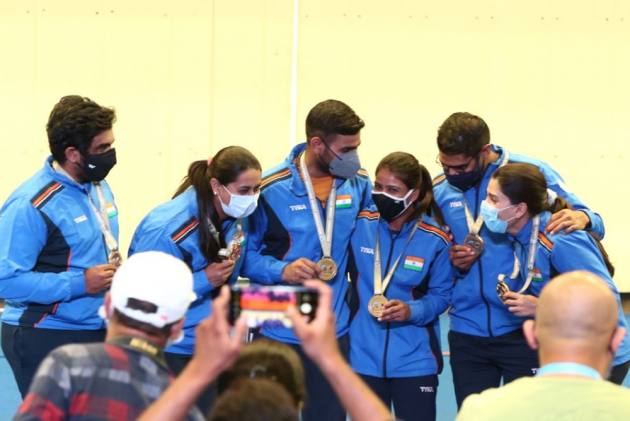 Many shooters, coaches and officials from India's Olympic-bound contingent received their first dose of COVID-19 vaccine across cities on Thursday. (More Sports News)

The shooters were to get vaccinated before leaving for Zagreb, Croatia on May 11 to participate in the European Championship.

"All the shooters have got vaccinated today. Some of them got their jab in Delhi while some in their respective home towns," a National Rifle Association of India (NRAI) source said.

Some of the members of the Indian team have already got their first dose of the vaccine last month, including pistol ace Manu Bhaker and rifle shooter Anjum Moudgil.

As far as the national shooting team's coaches are concerned, quite a few of them, including Smaresh Jung, Suma Shirur and Deepali Deshpande, had got themselves vaccinated last month.

Bhaker received her first dose at a government hospital in Jhajjar, Haryana, three months before the Tokyo Olympics where she will enter as one of India's brightest medal hopes.

But before that, Indian shooters will get a chance to test themselves in competition one last time at the European Championship.

The competition is scheduled to be held from May 20 to June 6 and the squad will be staying back in Zagreb for training before directly leaving for Tokyo to participate at the Olympics beginning on July 23.

The squad will be leaving for Zagreb on a charter flight in order to "nullify the threat of contracting infection to the maximum."

India is fielding a 15-member squad at the Tokyo Olympics.