On July 7, 2019, when India began their Intercontinental Cup campaign in Ahmedabad against Tajikistan, 18-year old Narender Gahlot made his international debut. 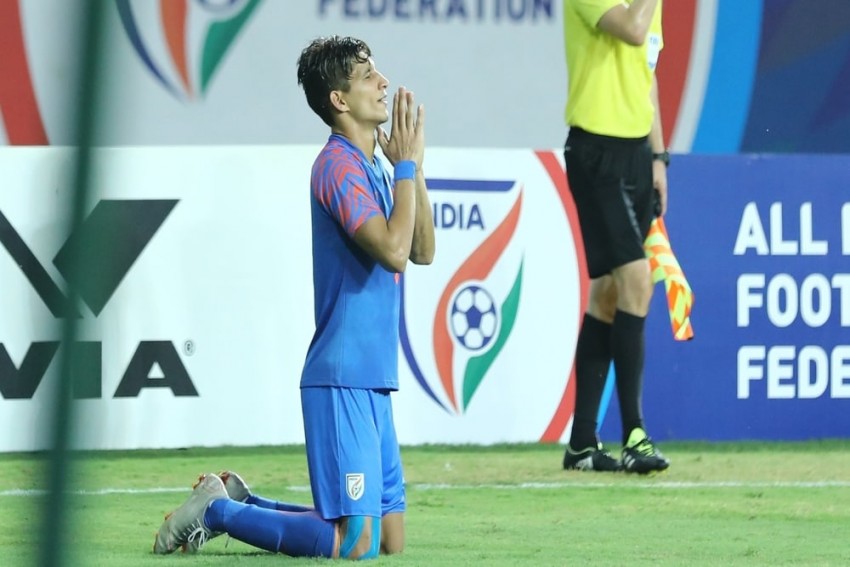 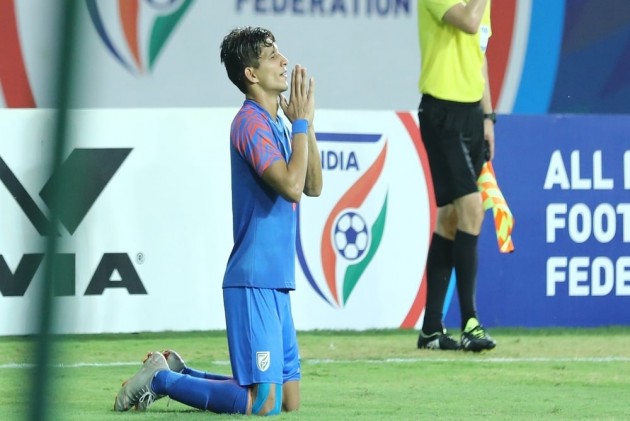 On July 7, 2019, when India began their Intercontinental Cup campaign in Ahmedabad against Tajikistan, 18-year old Gahlot made his international debut.

He would then go on to score the Blue Tigers' opening goal against Syria nine days later, finding the net with a towering header in just his second international start.

Speaking about his seniors in the side, he told the AIFF website, "Sandesh (Jhingan) paaji plays with a warrior-like attitude during matches and is very aggressive. In training, he gives his 100 per cent at all times and is physically very strong, which is something I try to emulate.

"Sunil (Chhetri) bhai is such an inspiration for all of us and gives us all invaluable advice. He told me to be aggressive when I am without the ball. When I have the ball, I have to be extremely calm and avoid mispasses.

"And when I am passing to the midfield or to my wing-backs, the weight of the pass has to be precise and the direction has to be perfect as well. Otherwise, the pressure will come back on the central defenders."

Almost a year on from his first brush with the senior national team, Gahlot said his biggest learning till date is to avoid repeating same mistakes on the field.

"The biggest learning has been that everyone makes mistakes. But it is critical not to repeat them. As a defender I know which areas I need to improve on and the seniors guide us a lot in that respect as well," he said.