The team missed out on a Tokyo Olympics podium by a whisker, losing to Great Britain in the bronze medal play-off match 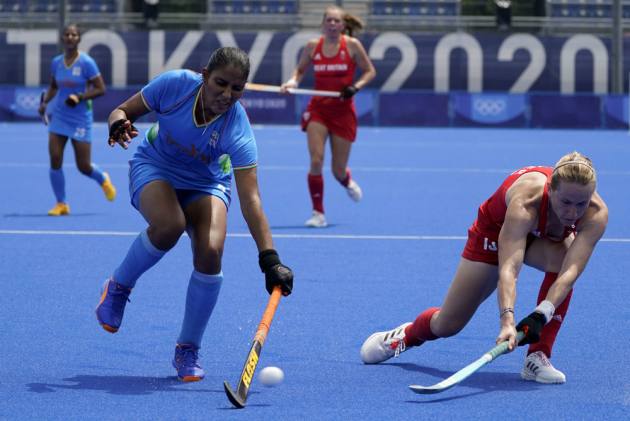 Gurjit was one of the architects of the team's fine run to the semifinals in Tokyo and has been nominated for the FIH Women's Player of the Year Award 2020-21.

The 25-year-old defender scored the all-important goal in the stunning 1-0 win over fancied Australia in the quarterfinals.

"Even though we missed out on winning the medal by a whisker, there are a lot of positives to take from this dream campaign," she was quoted as saying by Hockey India.

"People have started watching us, and I am sure our performance will inspire young girls to take up hockey. The Tokyo Olympics 2020 marks the beginning of a new era of Indian hockey.

"We have gained a lot of confidence, we have become fearless, and going forward it will certainly help us perform well in major tournaments. I also hope we get the same amount of love and respect going forward."

Speaking on her nomination for FIH Women's Player of the Year Award, Gurjit said it was a reward for her hard work and sacrifice.

"For an athlete, it's one of the best moments when all your hard work and sacrifices get recognised at a world level, and I am really happy to see my name on that list. It will give me extra motivation to do even better for the team."

The team missed out on a podium by a whisker, losing to Great Britain in the bronze medal play-off match.

When asked about that decisive goal against Australia, which helped the team script history at the Olympics, Gurjit said, "I think that's my job, and I just did it. My job is to drag-flick, and I got a chance, which I converted.

"No doubt, there is my name on the scoresheet, but that doesn't mean it was mine alone, it was a team goal.

"Each one of us contributed to it, from the defence line to midfielders, to strikers, who created the penalty corner, and eventually, it was my responsibility to convert it."