Virat Kohli's India registered an innings and 137-run win over South Africa in Pune to take an unassailable 2-0 lead in the three-match Test series. In the process, they created a world record by clinching their 11th successive series at home. 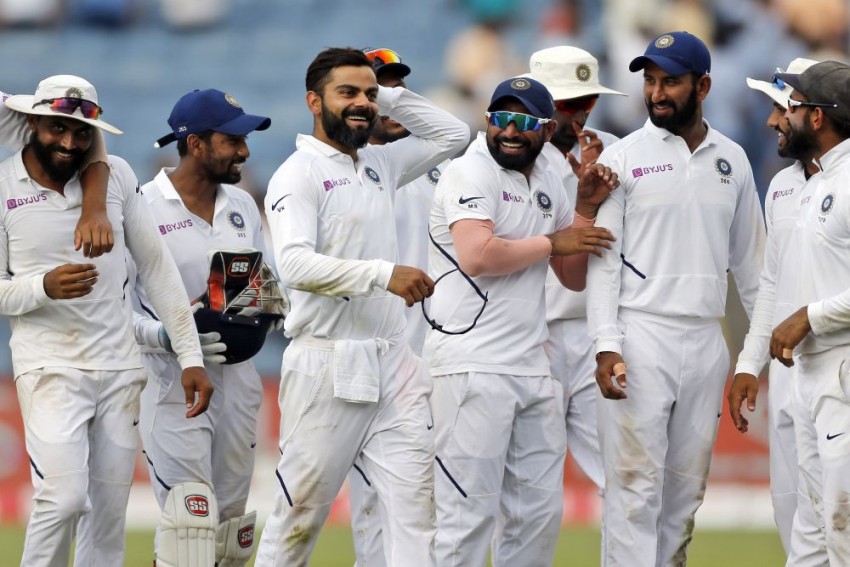 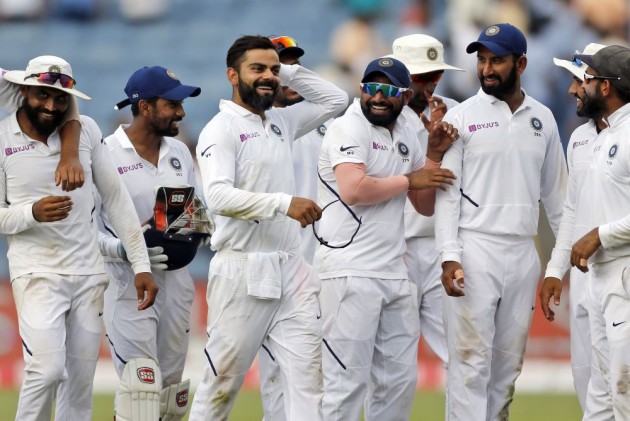 The Indian juggernaut continued to roll as the hosts humiliated South Africa by an innings and 137 runs in the second Test to clinch the three-match series, in Pune on Sunday (October 13). (HIGHLIGHTS | SCORECARD | CRICKET NEWS)

The struggling South Africa batsmen surrendered yet again against the Indian bowlers, who asserted their supremacy at home.

The comprehensive victory, coming on the fourth day, has consolidated India's top position in the World Test Championship table. India now have 200 points in their kitty, a handsome 140 points away from nearest-rival New Zealand.

Competing in his 50th Test as captain, Virat Kohli has now led India to their 11th consecutive series at home, a world record.

After being asked to follow-on, South Africa were all-out for 189 in 67.2 overs just after the tea break.

Following a superb effort from the batsmen, it was an all-round effort from India's five-pronged bowling unit with comeback man Umesh Yadav claiming 3 for 22.

Like in the first innings, Vernon Philander (37) and Maharaj (22) again came together to delay the inevitable adding 56 runs in 21.2 overs.

Once Philander was caught down the leg-side by Wriddhiman Saha, the resistance was over in a flash.

The third and final Test will be played in Ranchi from October 19.

In the morning, Dean Elgar (48 off 72 balls) put up some stiff resistance before Ashwin snuffed him out, in what was a decisive blow to the Proteas, just before lunch.

After going wicket-less in the first innings, Ishant Sharma struck with the very second delivery of the morning, a full-length in-dipper that struck Aiden Markram's pads (0) and umpire Nigel Llong had no hesitation in raising his finger.

After a long discussion with non-striker Elgar, Markram didn't opt for the review but TV replays clearly showed the ball was missing the leg-stump. The opener thus had the ignominy of bagging a 'pair' in this Test.

However it was Wriddhiman Saha's superb keeping skills that had everyone on the edge of their seats. He showed why he is so highly-rated in world cricket.

On the third morning during South African first innings, poor Theunis de Bruyn (8) had suffered trying to play an expansive cover drive off Umesh Yadav (1/14 off 5 overs) that Saha had plucked from thin air in-front of the first slip.

On the fourth morning, De Bruyn tried playing a delicate glance after Umesh had drifted on the pads. To his horror, he saw an airborne Saha pull off an acrobatic stunner that left everyone stunned.

Elgar and skipper Faf du Plessis (5 off 54 balls) added 49 runs and were ready to show patience, especially the skipper, who was presenting dead bat.

However, the ultra defensive tactic didn't work for a lengthy period as Du Plessis got out trying to drive an Ashwin off-break. The bat-pad inside edge kept low but Saha's sharp reflexes meant that he pouched it on the fourth attempt.

Elgar, who lost a bit of concentration, tried to play a lofted shot but didn't get his timing right as Umesh ran back from his mid-off position to take a fine running catch as India got the decisive breakthrough.

IND Vs SA, 2nd Test: All The Records From India's Massive Win Over South Africa At Pune