While hailing India-Pakistan cricket rivalry as one of the greatest, Pakistan PM Imran Khan feels that in the current situation holding a bilateral series is not good 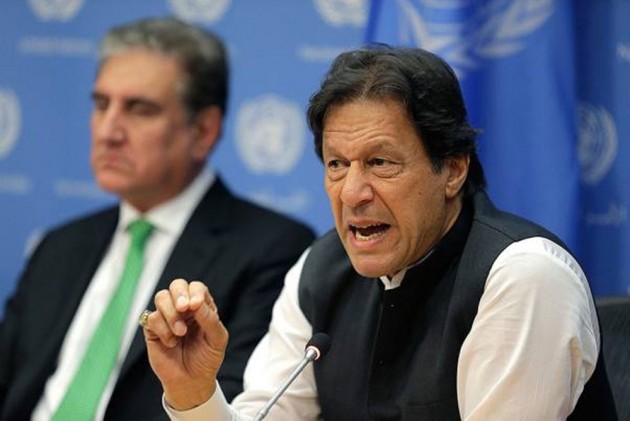 Pakistan Prime Minister Imran Khan on Monday said it would be a "terrible atmosphere" to play a bilateral cricket series with India given the current tense relations between the two countries. (More Cricket News)

Speaking on a Sky Sports documentary, former captain Khan, who is also the patron-in-chief of the country's cricket board, said it will not be conducive to play bilateral cricket at present.

“I just think playing cricket in this atmosphere with India with the sort of government they have in power, I would say it would be a terrible atmosphere to play bilateral cricket in,” he said.

India and Paksitan have not played a bilateral Test series since 2008 after the Mumbai terror attacks though Pakistan did undertake a short tour to India in the winter of 2012 to play white ball cricket.

Khan, who was captain when Pakistan won the 1992 World Cup, recalled that he had played two series in India in 1979 and in 1987 and the atmosphere had been good for cricket between the two countries then.

"They were big crowds and the governments were also trying to remove barriers and come close and it meant the atmosphere on the field was great with the crowds appreciating both teams for good cricket in 1979,” Khan said.

“But in 1987 when I captained Pakistan to India the atmosphere was not very good and there was a lot of hostility from the crowds as well because there were tensions between the two governments.”

Khan said when India made a tour of Pakistan in 2005, his team lost and the crowd cheered the visiting side.

The PM also made it clear that Indo-Pakistan series was a bigger cricket contest than even the Ashes.

“I think obviously the Ashes series has its importance but nothing can match a Indo-Pakistan bilateral series because it is played in a different league and the atmosphere is filled with tension, pressure and enjoyment.”

He noted that in an Indo-Pakistan series performers became heroes and those who did not do well came under pressure.

Khan also considers Test matches as the best form of cricket but said he was fascinated by the variety of strokes in T20 cricket.

“I am fascinated by T20 cricket and the variety of shots that are played in this format. I see the final five overs of a match as the best time to watch proceedings.

"If it’s a close game, it’s quite fun to watch. As a connoisseur of cricket, but obviously belonging to the old school, for me Test cricket remains the ultimate competition in cricket.”