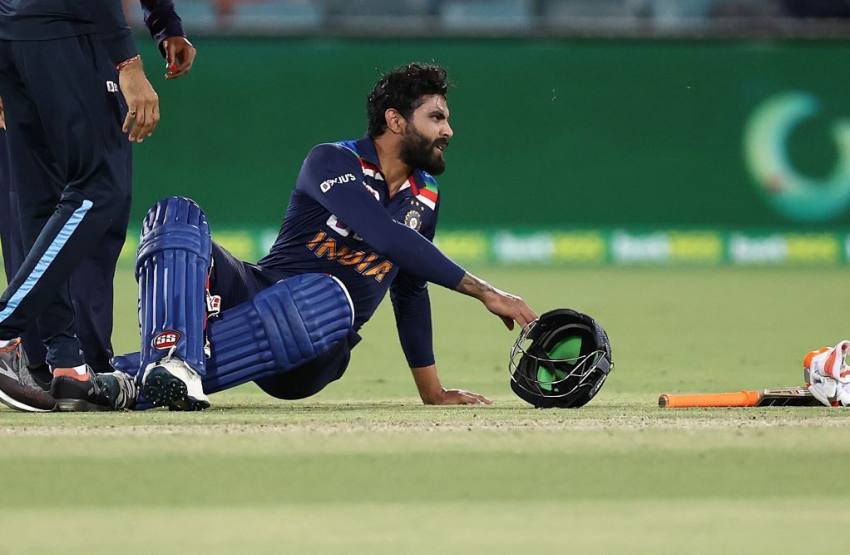 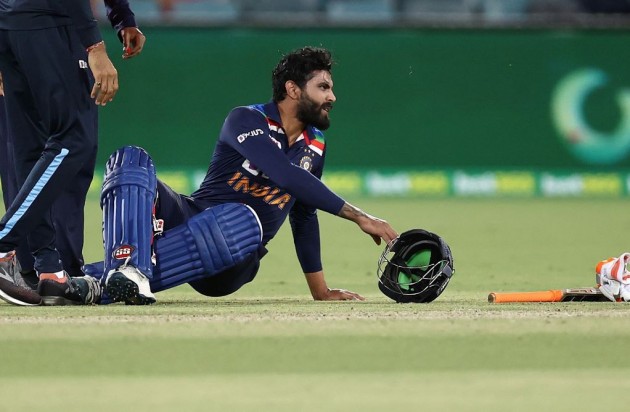 India all-rounder Ravindra Jadeja has been ruled out of the remainder of the T20I series after suffering a concussion in the first match in Canberra on Friday.

Jadeja has been replaced by Shardul Thakur.

Ravindra Jadeja sustained a concussion after being hit on the left side of his forehead in the final over of the first innings of the first T20I against Australia in Canberra on 4th December 2020,”the BCCI release said.

That all is not well with the all-rounder was indicated by Sanju Samson who said that Ravindra Jadeja ‘felt dizzy’ after the completion of the Indian innings. This resulted in Yuzvendra Chahal coming in as replacement and taking three wickets to win the match for India.

"He got hit on the helmet in the last over (off Mitchell Starc) and when he came back to the dressing room, he was asked by the physio (Nitin Patel) how he felt. He (Jadeja) said that he was feeling a little dizzy," Samson said after the match.  While Jadeja smashed an unbeaten 44 off 23 balls to propel India to 161 for 7, his head injury allowed India to unleash Chahal (3/25 in 4 overs) on an Australian side caught completely off-guard.

“The diagnosis was confirmed based on a clinical assessment in the dressing room during the innings break by the BCCI Medical Team. Jadeja remains under observation and will be taken for further scans if required based on the assessment on Saturday morning. He will not take any further part in the ongoing T20I series,”the release added.

Skipper Virat Kohli was also full of praise for Jadeja and Chahal for their efforts.

"He (Chahal) came in and bowled really well. Yuzi showed character to squeeze the opponents. He (Jadeja) batted beautifully in the last game. Natarajan looks like he can improve a lot. (Deepak) Chahar bowled well as well.” Kohli added.