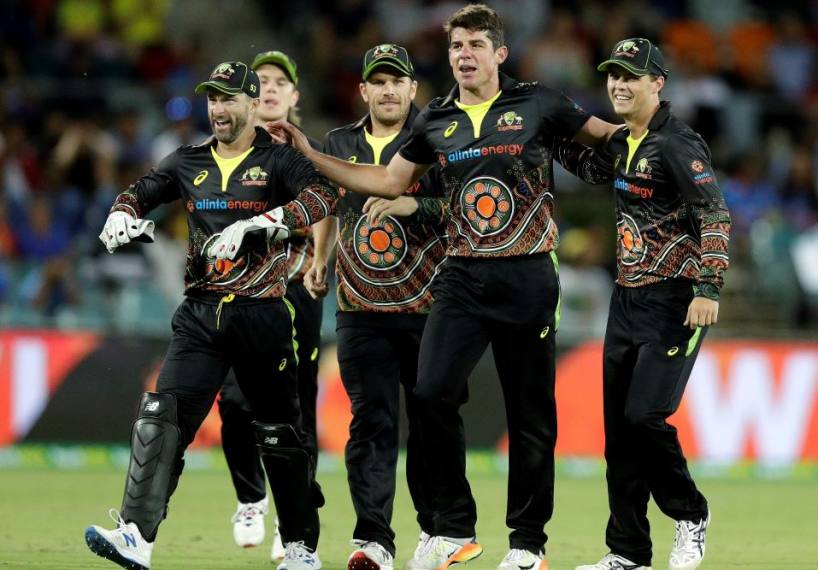 Australia all-rounder Moises Henriques (centre) made it clear that he was neither questioning ICC's concussion replacement rule nor India's right to seek a replacement.
AP
PTI 2020-12-04T19:40:11+05:30 IND Vs AUS: Was Yuzvendra Chahal A ‘Like-For-Like’ Substitute, Questions Moises Henriques 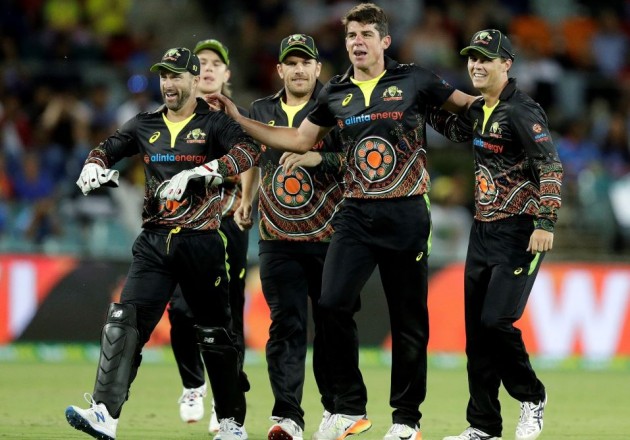 Australia all-rounder Moises Henriques on Friday questioned whether Yuzvendra Chahal can be called a "like for like" concussion substitute for Ravindra Jadeja after the leg-spinner spun his web to take India to aa 11-run victory in the first T20 international on Friday. HIGHLIGHTS | TOUR SCHEDULE | NEWS

Jadeja was hit by a Mitchell Starc bouncer in the final over of the Indian innings and he was replaced by Chahal when India came out to defend their total. To the frustration of the Australians, Chahal took 3/25 as the home side could score only 150 for 7 while chasing 162.

"There was no doubt that Jadeja was hit on the helmet and there could have been a concussion. A decision was taken that there was a concussion and a replacement was made. We are not doubting that," Henriques said at the post-match conference.

"But was it a like-for-like replacemen? That is the question. Jadeja was more of an all-rounder and he had done his batting. Chahal is a (pure) bowler," said the 33-year old who scored 30 and took three wickets for 22 during India innings.

He, however, made it clear that he was neither questioning ICC's concussion replacement rule nor India's right to seek a replacement.

"ICC's rule is fine, sure there should be (concussion) replacement. We are not talking about the decision to make the replacement.

"Only thing we are saying is there should be a like-for-like replacement. That is the way to do going ahead, I think."

Henriques however chose to steer clear of debate surrounding how one reaches the conclusion about replacement.

"I don't know how the decision (to make replacement) was arrived, I am not involved in those things. There are doctors to do that and it's not our job to take those decisions," he said when asked whether there should be more clarity in the replacement rule.

Henriques, who made an impressive comeback in international arena with the ongoing series, said that his job is to play to best of his abilities while selection is not in his hands.

"Selected or not, I can't do anything, that is not in my hands. What I can do is to be positive in attitude, keep performing in domestic and international cricket and make use of the opportunities that come to your best ability.

Asked about the plan of the team going ahead after losing  the first T20I, he said,"We have to adjust our plan. Everybody has a different plan and we have to adjust. I am sure we will see what is the best one and learn from the last few games."