India U-17 Women's Team Edge Past Romania In Friendly Match

Priyangka Devi scored the only goal of the match in the 29th minute from a penalty, as India U-17 women's team defeated Romania. 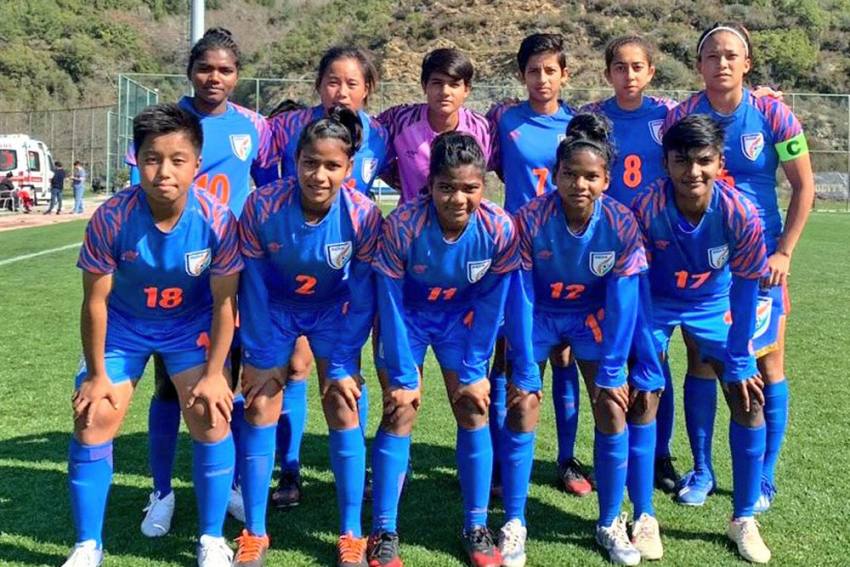 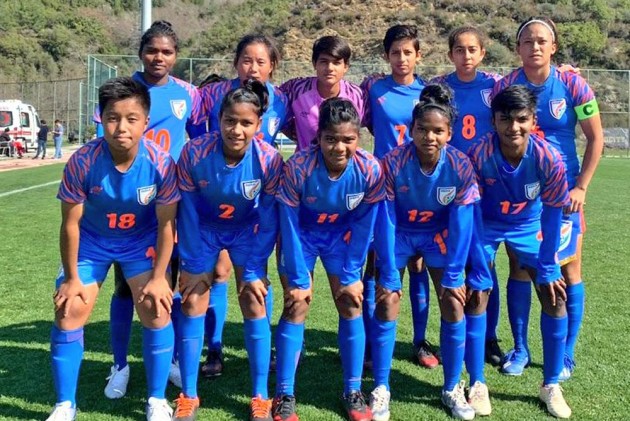 The Indian U-17 women's team registered a 1-0 victory over Romania in its second friendly match in Turkler, Turkey on Wednesday.

Priyangka Devi scored the only goal of the match in the 29th minute from a penalty.

The first friendly match had ended 3-3 draw on Sunday.

The first half began with the Indian side pressing hard to seize the initiative. Sumati Kumari, who had scored India's third goal in the previous match, came close to finding the target in the 12th minute but she was adjudged offside.

Two minutes later, Sunita Munda sent a dangerous cross from the flank after beating her marker. However, it was collected by the Romanian custodian.

India earned a couple of free-kicks in good positions and it was a set-piece opportunity in the 28th minute when Nirmala Devi saw her shot being saved by the opposition keeper.

However, a minute later, the Indian side took the lead through Priyangka Devi -- who made no mistake from the 12-yard spot and slotted the ball into the net calmly.

Just after the half-hour mark, the Romanian keeper came to her side's rescue yet again. Mariyammal Balamurugan intercepted a pass in Romania's defence and took on the keeper. Her effort though was saved and put out for a corner.

The second half was played out on similar lines as Sumati came close to scoring in the 58th minute. She got on the end of a cross from Priyangka with an excellent run but the shot was saved by the keeper.

With 70 minutes gone, Sunita displayed great skills to cut in from the left flank and deliver a cross towards the far post. However, it missed the onrushing Indian forwards by a whisker.