On Day 5 of Tokyo 2020 on Tuesday, Indian shooters continued their horror run with no one qualifying for the medal rounds. 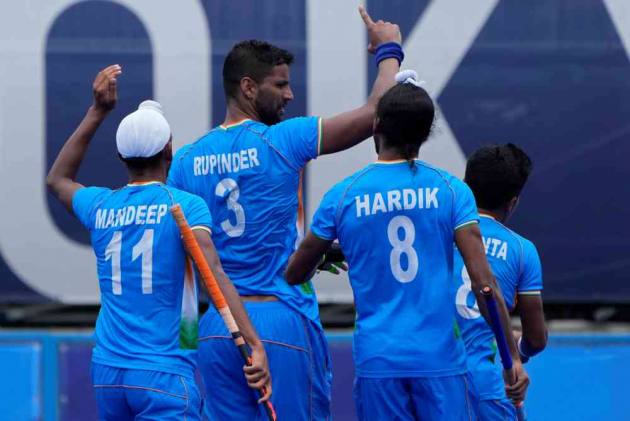 Shooters continued to disappoint at Tokyo Olympics. Day 5 on Tuesday did not go as per script for India at Tokyo 2020. India's young guns like Manu Bhaker and Saurabh Chaudhary, Elavenil Valarivan and Divyansh Singh Panwar were not good enough to make the medals rounds in the mixed team events at the Asaka Shooting Range. So far, India have a lone silver medal won by Mirabai Chanu in weightlifting on Saturday. Veteran Achanta Sharath Kamal took a game off Olympic champion Ma Long of China in a third-round match and bowed out. So did the badminton doubles team of Chirag Shetty and Satwiksairaj Rankireddy. Their second group win was not enough. Lovlina Borgohain advanced to the quarterfinals while the Indian men's hockey team beat Spain in a group match. (MEDAL TALLY | Day 5 HIGHLIGHTS)

Men’s Doubles: Group A - Chirag Shetty/Satwiksairaj Rankireddy beat Ben Lane/Sean Vendy (GBR) 21-17, 21-19 but did not qualify for the knockouts since they finished third in their group. Only top two qualify  (Full report here)

Men’s Laser Standard: Vishnu Saravanan, Race 4, 5 and 6 - He climbed up two places to end the day at 22nd place

Note: Top 10 sailors after 10 qualifying races in the two laser classes qualify for the medal round.