India played their maiden day/night Test against Bangladesh last November, winning the match quite comfortable with plenty of time to spare at the Eden Gardens. 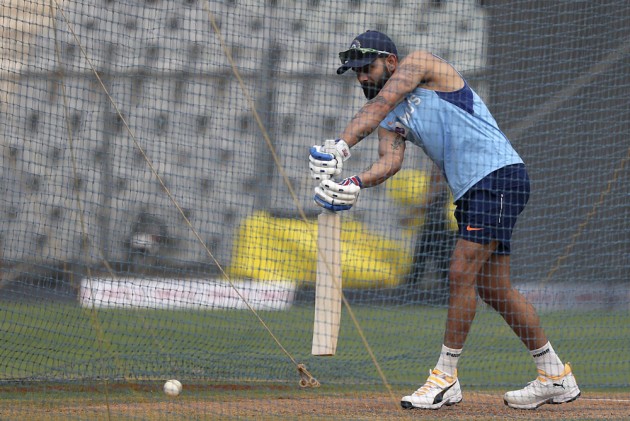 Captain Virat Kohli on Monday asserted that India are ready to play day/night Test in Australia later this year, giving, in his trademark manner, a counter to Tim Paine's cheeky dig at him.

Kohli was asked about it on the eve of the three-match ODI series opener against Australia.

"We're ready and up for the challenge - whether it's Gabba, Perth... it doesn't matter to us. It's become a very exciting feature of any Test series and we're open to playing day-night Tests," Kohli said.

India played their maiden day/night Test against Bangladesh last November, winning the match quite comfortable with plenty of time to spare at the Eden Gardens.

"We played the day-night Test here, we were pretty happy with how it went. We have the skill-sets as a team now to compete against anyone in the world, anywhere, in any format of the game, whether it's white ball, red ball or pink ball, we're ready to play anything," Kohli asserted.

Last year, when asked about it, Paine had sarcastically remarked that his Australian team would need to ask Kohli if he was willing to play day/night Test Down Under.