On Day 2 of the second Test against South Africa at Pune, India captain Virat Kohli hit his 26th hundred, which was also 19th as captain, first in 11 innings, first at home against the Proteas, and also the first in 2019 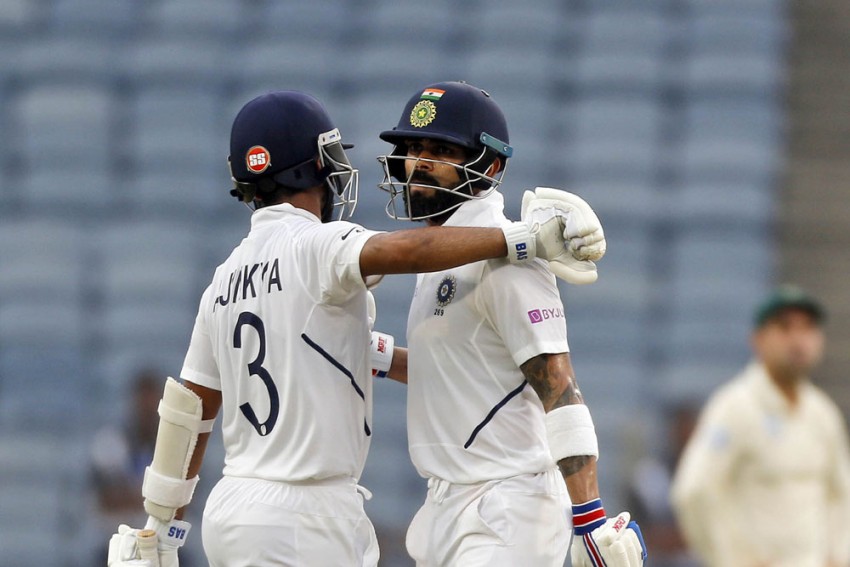 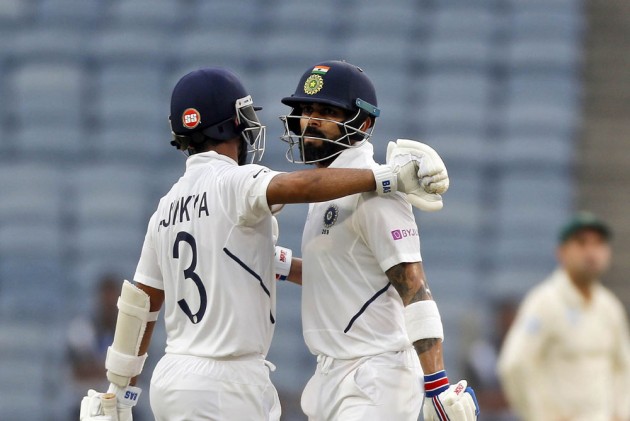 Virat Kohli hit a majestic century against South Africa on Day 2 of the second Test at Pune Friday. Leading India for the 50th time in Test, Kohli reached his 26th ton with a four off the fourth ball in the 109th over.

The skipper took 173 balls to reach the landmark. And he hit 16 fours. Kohli and his deputy Ajinkya Rahane added 147 runs in 291 as India continued to dominate the Proteas.

This was their 10th century stand in Tests. In the process, they also went past 3000 partnership runs. It was also the highest fourth-wicket partnership for India against South Africa. The previous highest was 145 by Rahul Dravid and Sourav Ganguly at Johannesburg in the 1996-97 series.

Here's the record breakdown: 26th Test century, 19th as captain, first in 11 innings, first at home against South Africa, and also the first in 2019

Kohli also goes past the Aussie trio of Allan Border, Steve Waugh and Smith to become the captain with second-most hundreds in Test cricket. He and another Aussie captain Ricky Ponting has 19 Tons each as captains. The record, however, belongs to former South African captain Graeme Smith, who has 25.

Kohli won the toss again and opted to bat first. On Day 1, India dominated the Proteas with opener Mayank Agarwal scoring his second century of the series.