Instead of chasing individual glories, a second hundred for Ravindra Jadeja and a maiden triple ton for skipper Virat Kohli, they played attacking shots to help India post a massive first innings total against South Africa at Pune 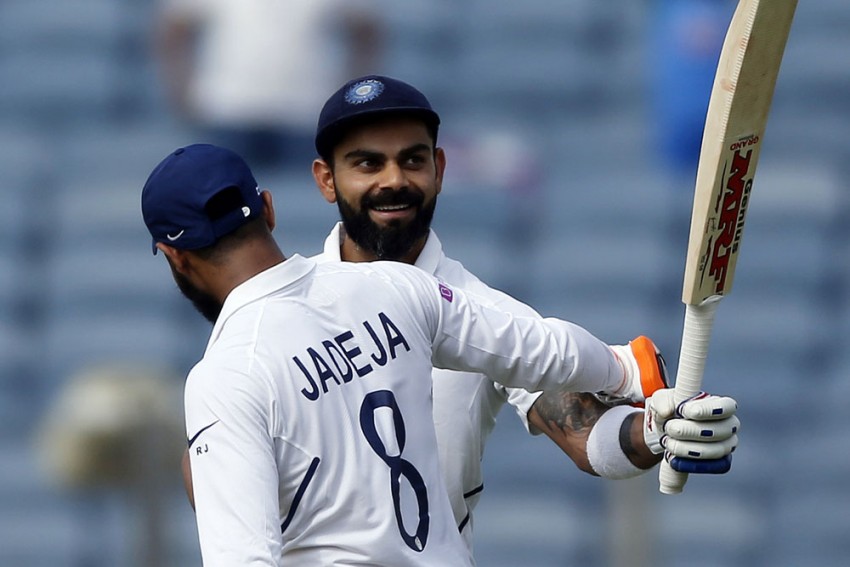 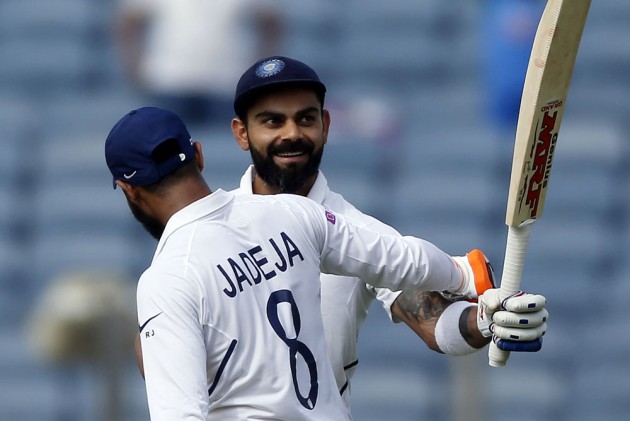 For the new-age Indian cricketers, there is no glory in individual records. A fact which was displayed during the first innings of the second Test against South Africa at Pune.

Showing India's batting depth, Ravindra Jadeja hit a quickfire 91 off 104 runs and perished while going for a six even though he could have taken singles and doubles to reach 100. The all-rounder matched the skipper stroke-by-stroke after starting his knock cautiously, as the situation demanded.

Once India crossed the 500-run mark, Jadeja took on hapless South African bowlers to the delight of his skipper. They put on a 225-run stand for the fourth wicket before Kohli declare
Indian innings at 601/5, soon after the fall of Jadeja.

Such was their onslaught that 127 of those runs came in 15 overs after the tea break, to eventually reach the 600-run mark.

In a bid to score quick runs, Jadeja sacrificed his chance to score his second Test century. He was caught at long off, while going for another six.

For Kohli, it was one historic knock. He returned unbeaten on 254 after breaking hosts of records, including that of most double hundreds by an Indian in Test cricket.

Triple hundreds are a rare sight, and not many have got the chance to breach that mark. Kohli, the skipper, could have played a typical Test knock in pursuit of his maiden 300, but he prefered not to.